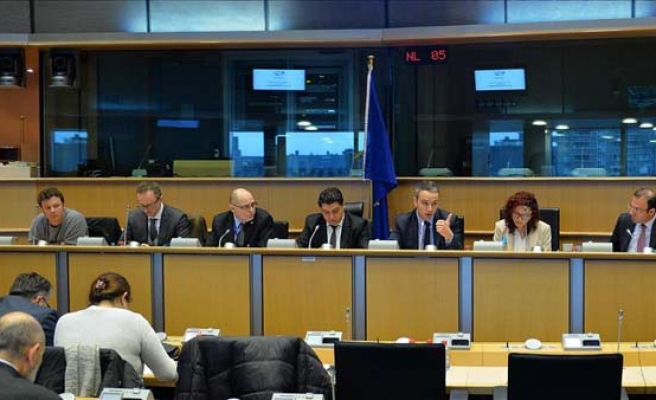 Members of the European Parliament on Tuesday discussed the future of the foreign and Muslim populations within the framework of equality and safety measures in Europe.

Speaking at the European Parliament in Brussels on Tuesday, Tom Vandenkendelaere, Belgian MEP for the Christian Democrats, said respect for human dignity and minorities is a part of the EU's fundamental values, which should not be compromised.

Referring to the worst migrant and refugee crisis facing the 28-nation bloc since World War II, Vandenkendelaere said: "Europe should not forget its values despite the crisis it is experiencing."

Belgian MP with Turkish origins, Veli Yuksel, who also spoke at the European Parliament in Brussels, said terrorism must be fought without undermining democratic rights of the foreign population in Europe.

"We have to fight terrorism; we are on the same line," Yuksel said. "But no one should expect our democratic rights to be compromised."

In the wake of the Paris attacks on Nov.13, Belgian Prime Minister Charles Michel called for constitutional changes to support a crackdown on what he called "homegrown extremists".

But Yuksel warned that such measures should not indiscriminately target the rest of the Muslim population in Europe.

"If Europe is the cradle of democracy, a place where cultures and religions can meet halfway, this message [of not targeting Muslims] needs to be given at the European Parliament," Yuksel said.