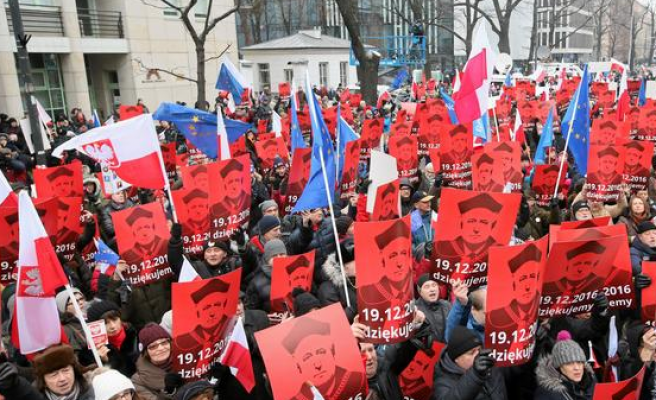 Rights groups urged the EU to punish Poland over changes to the country's constitutional court that they say pose a serious challenge to the rule of law.

"The European Union and its member states need to show resolve to halt Poland's backsliding from the common values of the EU," the organisations said.

The European Commission, the executive arm of the 28-nation European Union, has set the Polish government a late-February deadline to reverse the changes or face sanctions.

Since coming to power last year, the governing Law and Justice (PiS) party has changed the way the court operates -- including the order in which cases are heard and how the chief justice is chosen -- and has put forward its own judges instead of those approved by the previous parliament.

Critics say the reforms undermine judicial independence and the system of checks and balances. They cite other PiS bids to consolidate power including moves to increase state control over public broadcasters.

"The Commission is duty-bound to act firmly and swiftly to stem this disturbing regressive tide."

Other signatories to the letter included FIDH (the International Federation for Human Rights) and the Open Society European Policy Institute.