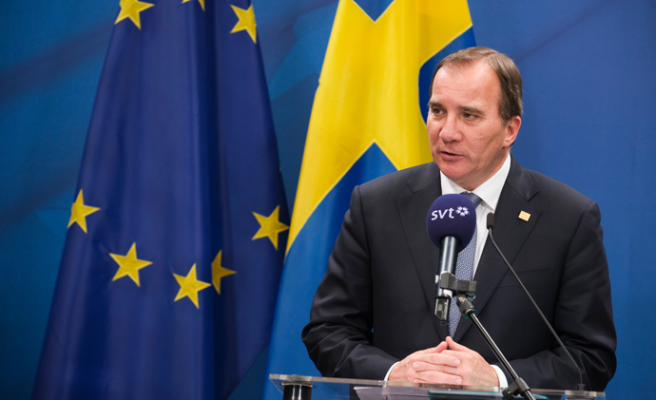 Sweden will propose that the European Union set up more legal ways for refugees to arrive in the country, Prime Minister Stefan Lofven said on Monday, announcing a push to make the Nordic country more welcoming for asylum seekers.

Lofven said the EU must introduce a permanent and obligatory redistribution mechanism for when disasters trigger drastically higher numbers of refugees seeking entry into the bloc, and that the EU should increase its number of quota refugees to about 100,000 from the 22,000 that the EU had earlier agreed.

Sweden has received more asylum seekers per capita than any other nation in Europe, giving weight to its voice over the crisis, which has intensified in recent days as thousands of migrants, many refugees from Syria, arrive mostly in Germany.

"Sweden, Germany and a few other countries have for a long time been alone, taken their responsibility. That's not good enough," Lofven told a news conference. "All countries in the EU must stand up for human values and do their duty."

On Tuesday, Lofven will travel to Berlin to meet German chancellor Angela Merkel to discuss the European migration crisis. He will also meet the Austrian chancellor Werner Faymann.

Lofven also announced that the government would move to oblige municipalities to accept refugees. Currently municipalities can refuse to take on asylum seekers.

Sweden has a decades-long record of welcoming refugees from Chile in the 70s, the Iran-Iraq war in the 80s and the Yugoslav wars in the 90s. Around 81,000 people sought asylum in Sweden last year - second only to much larger Germany.