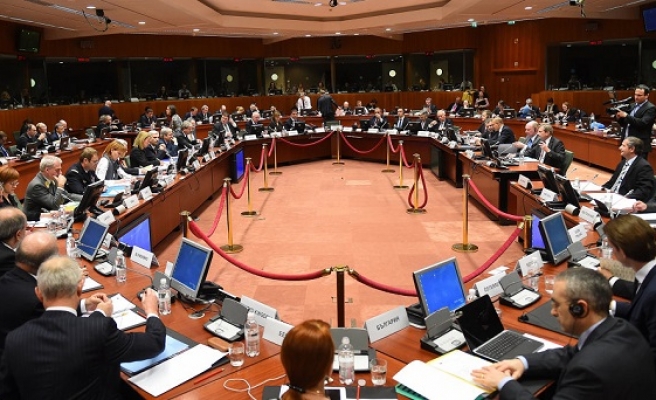 The European Union must stand up to Russia to defend core political and security interests even while trying to find common cause on issues such as the Syrian conflict, the bloc's foreign ministers said Monday.

The ministers gathered in Brussels for a regular monthly meeting which for the first time in a year will review relations with Moscow which have been strained to breaking point by the Ukraine crisis.

British Foreign Secretary Philip Hammond said "we need to be clear about how we manage the EU's relations with Russia in the future."

"We have to have relationships with Russia but we can't lose sight of the challenge that Russia represents to our values and to our security, and we have to be robust in making our case and defending our principles, our values and our borders in Europe," Hammond said as he went into the meeting.

EU foreign affairs head Federica Mogherini, who as Italian foreign minister before taking up her EU post in 2014 was widely seen as backing closer ties with Russia, said it was time for another look at the relationship.

"What we are discussing today is the state of play of relations with Russia, a common united definition of what are the guiding principles," Mogherini said.

Lithuanian Foreign Minister Linas Linkevicius, whose country was once ruled from Soviet Moscow and remains deeply suspicious of Russian intentions, said the EU "definitely needed" a sober look at the relationship.

But that meant dealing with Russia as it is and not having any illusions that it was possible to take up some issues while ignoring others, Linkevicius said.

The European Union has imposed damaging economic sanctions against Russia for its March 2014 annexation of Crimea and suspected further intervention in eastern Ukraine, sending ties into a deep freeze reminiscent of the Cold War.

In recent months, there have been growing calls to see if the 28-nation EU can work with Moscow to solve common problems, most notably the Syrian conflict which is destabilising the whole region and driving Europe's worst migrant crisis since World War II.

Hammond recognised the point but stated bluntly that Russian President Vladimir Putin should telephone long-time Moscow ally Syrian President Bashar al-Assad "to get control of his protege" so that he delivers on commitments Russia had made to sustain the current fragile ceasefire in Syria.

"We expect President Putin, who has backed President Assad with huge amounts of military and political commitment, we expect him to be able to get control of Assad, and at the moment it doesn’t look like he is in control of Assad," Hammond said.