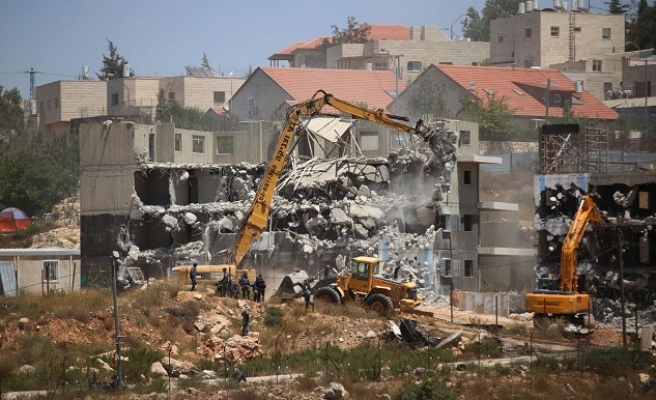 The EU has slammed recent Israeli activity in the occupied West Bank, saying it threatened to undermine the viability of a future Palestinian state.

The EU’s External Action Service (its diplomatic wing) issued a statement on Saturday criticizing the Jewish state’s recent confiscation of 154 hectares of fertile Palestinian land in the West Bank -- the largest seizure since 2014 -- along with last week's demolition of several Palestinian homes near the West Bank city of Hebron (Al-Khalil).

"In the past weeks there have been a number of developments in [Israeli-controlled] Area C of the West Bank which risk undermining the viability of a future Palestinian state and driving the parties yet further apart," read the statement.

It added that the home demolitions were "particularly concerning, both because of the extent of the demolitions and also the number of vulnerable individuals affected, including children".

The statement also noted that many of the homes demolished by Israel had been donated by the EU, going on to stress that the EU’s humanitarian work in the area was in compliance with international law.

The EU has been locked in a protracted dispute with Israel since it implemented new regulations prohibiting goods exported from illegal West Bank settlements from being marketed as "Made in Israel".

The row escalated last month when EU foreign ministers passed a resolution endorsing the new regulations and describing Israel's construction of Jewish-only settlements on confiscated Palestinian land in the West Bank as "illegal".

Israel has responded by accusing the EU of applying "double standards" and has threatened to bar it from playing a role in any future negotiations between the Palestinians and Israel.