European Union leaders on Monday, March 7, will back closing down the Balkans route used by most migrants to reach Europe 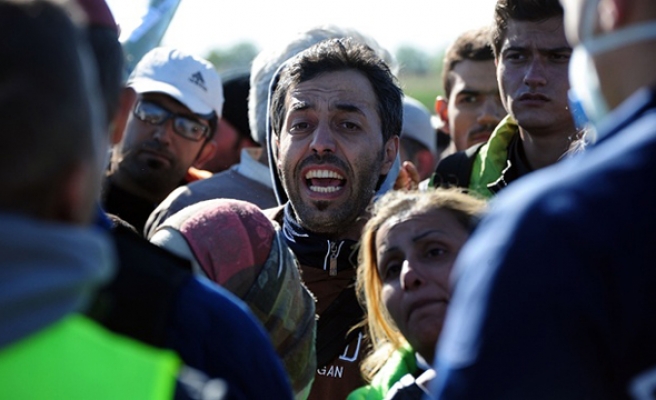 European Union leaders will on Monday back closing down the Balkans route used by most refugees to reach Europe, diplomats said, after at least 25 more people drowned trying to cross the Aegean Sea en route to Greece.

The declaration drafted by EU ambassadors Sunday will be announced at a summit in Brussels on Monday, set to also be attended by Turkish Prime Minister Ahmet Davutoglu.

The bloc's 28 leaders will ask Davutoglu's government to accept "large-scale" deportations of economic refugees from Greece, the main entry point to Europe, and do more to implement a November deal to slow the flow of people into the bloc.

Greece has seen non-EU Macedonia and EU countries on the western Balkans route virtually shut their borders in a domino effect, trapping Syrian and other asylum seekers desperate to head north to wealthy Germany and Scandinavia.

An EU diplomat told journalists that European leaders would declare Monday they will "close the Balkans route in the coming days," ending the "wave-through approach" to refugees that has caused chaos and tension in Europe.

Another diplomat confirmed that the language contained in an earlier draft declaration remained: "Irregular flows of refugees along the western Balkans route are coming to an end".

The diplomat cautioned that delegations were still looking at the draft, as is always the case before a summit.