EU to 'call on Israel to extend settlement freeze'

EU leaders meeting in Brussels will call on Israel to extend settlement freeze in Palestine, according to a draft of the summit conclusions seen by Reuters. 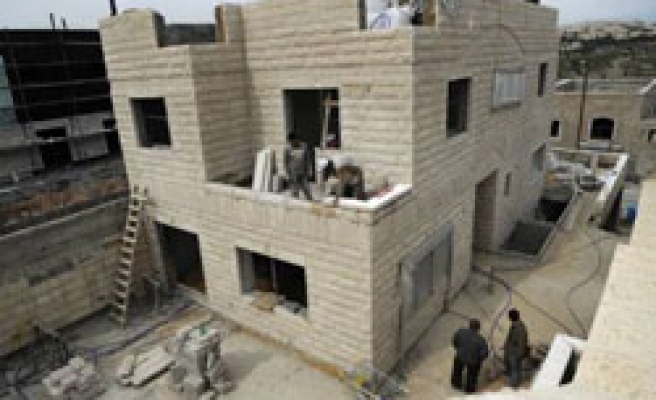 European Union leaders meeting in Brussels on Thursday will call on Israel to extend a moratorium on settlement building in the occupied West Bank, according to a draft of the summit conclusions seen by Reuters.

"The European Union deems it indispensable that both parties observe calm and restraint and refrain from actions that could affect negatively the progress of the negotiation," reads the draft declaration, referring to direct Israeli-Palestinian peace talks that began this month.

"In this regard, it recalls that settlements are illegal under international law and, with a view to ensure that these talks continue in a constructive manner, calls for an extension of the moratorium decided by Israel."

Israel's 10-month moratorium is due to expire at the end of September.

EU leaders were not expected to make a statement on the Middle East at this summit, but EU-based diplomats said France had applied pressure for a declaration to be agreed.

As well as urging Israel to extend its settlement moratorium, the draft statement calls for further Israeli progress on allowing access for goods to Gaza, the strip of coastal land that is home to more than 1.4 million Palestinians.

"(The EU) calls for full implementation and complementary measures in order to achieve a fundamental change of policy," the statement says.

And it urges Israel to take steps to make peace not only with the Palestinians but its northern neighbours too.

"The European Union recalls that peace in the Middle East should be comprehensive and reiterates the importance of negotiations on the Israeli-Syria and Israeli-Lebanon tracks."

EU leaders are due to gather early on Thursday for a one-day summit to discuss economic policy and the EU's global partnerships, with declarations issued later in the day.