EU to extend sanctions on Russia by six months

EU is set to maintain until March 15 sanctions targeted against almost 200 Russian firms & individuals, as well as Ukrainian separatists 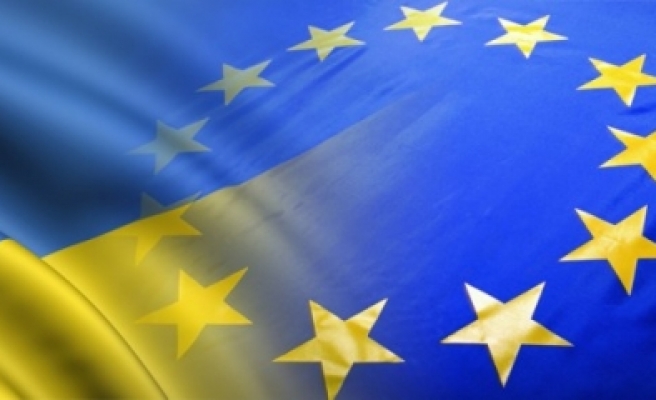 The EU will extend sanctions for another six months against Ukrainian and Russian figures accused of backing pro-Moscow rebels fighting for independence from Kyiv, EU sources said Wednesday.

"There is a political agreement; (officials) agreed to extend the sanctions for six months to March next year," one source told AFP after a meeting of diplomats from European Union nations to discuss the sanctions.

The sources said EU member states are expected to formally endorse the decision ahead of the scheduled expiry of the sanctions on September 15.

The 28-nation bloc has imposed asset freezes and travel bans on some 150 individuals and nearly 40 entities for their role in eastern Ukraine, sparking a sharp response from Moscow which has slapped bans on imports of EU foods and other goods.

Among those on the list are prominent figures in the separatist movement in eastern Ukraine plus close political and business associates of Russian President Vladimir Putin.

Putin has repeatedly dismissed the EU sanctions regime as ineffective and counter-productive to peace efforts but they have clearly had an impact on an already slowing Russian economy.

In addition to targeted individual sanctions, the European Union has hit Russia with much more damaging economic sanctions against its defence, financial and energy sectors.

In June, EU foreign ministers agreed to extend these economic sector measures to January 2016,  while separate sanctions against those held responsible for helping Russia's annexation of Crimea in 2014 were prolonged until June next year.

The EU insists it will not consider ending the sanctions until Russia fully implements the Minsk ceasefire accord it signed up to in February this year with Kyiv.

Rebel and government forces repeatedly accuse their opponents of breaching the accord as international monitors report daily violations and the death toll in the conflict mounts steadily towards 7,000.