EU to review ties with Egypt

"She agreed with the (French) President that the European Union should also undertake a comprehensive review of its relations with Egypt," the statement said. 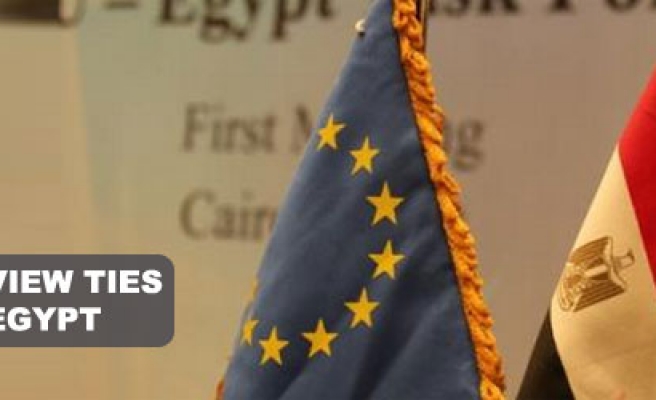 The European Union asked its members on Friday to consider "appropriate measures" it could take in reaction to violence in Egypt, while European leaders stressed the importance of a united response.

Around 50 people were killed in Cairo alone on Friday, a "Day of Rage" called by Muslim Brotherhood followers of ousted President Mohamed Mursi to denounce a police crackdown on the Islamists in which hundreds have died this week.

"I have been in constant touch with European Union foreign ministers, and I have asked member state representatives to debate and coordinate appropriate measures to be taken," EU foreign policy chief Catherine Ashton said in a statement.

German Chancellor Angela Merkel, who spoke with French President Francois Hollande by phone, said Germany would review its relations with Egypt and the EU should do the same.

Both called for EU foreign ministers to gather next week to discuss the bloc's ties with Cairo.

Senior EU diplomats will meet in Brussels on Monday to assess the situation and any EU action. They will also prepare the ground for a possible extraordinary meeting of foreign ministers.

Hollande also spoke with Italian Prime Minister Enrico Letta. The two men called for an end to violence in Egypt and a return to national dialogue and elections, a statement from Hollande's office read.

"They agreed on the need for the EU to send a strong and united message that the violence must end and that there should be transition to a genuine democracy, which would require compromise from all sides," Cameron's office said.