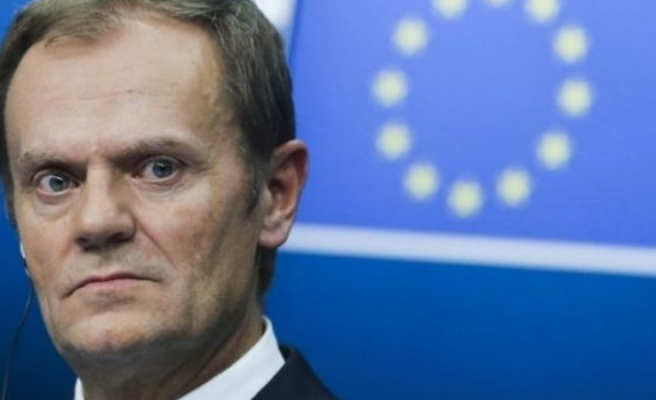 A top European Union official on Tuesday urged Catalonia’s regional leader not to declare independence, as tensions spiraled ahead of a possible declaration.

“I ask you to respect, in your intentions, the constitutional order and not to announce a decision that would make such a dialogue impossible,” he said.

“Diversity should not, and need not, lead to conflict, whose consequences would obviously be bad for the Catalans, for Spain, and for the whole of Europe.”

Puigdemont has announced an important speech for Tuesday evening, in which an independence declaration is seen as likely.

Marta Pascal, general coordinator of the pro-independence Catalan European Democratic Party (PDeCAT) Party in the ruling coalition, told the BBC on Monday that any declaration would be symbolic.

But the more radical Popular Unity Candidacy (CUP) party told Spanish media that Tuesday will see a strong declaration of independence. Puigdemont himself has been vague.

On Monday, Pablo Casado, spokesman of Spain’s ruling party, warned that if there was an independence declaration the current Catalan leader could “end up” like Lluis Companys, the former Catalan president who was tried for rebellion and executed after declaring independence in 1934.

Three of the four main parties in the Spanish parliament have clearly stated their support for whatever the Spanish government needs to do to maintain law in the face of the declaration, which could mean suspending the region’s autonomy.

The exodus of Catalan companies also continues, with the region’s two largest banks and some of its biggest companies relocating to elsewhere in Spain.

Fearing a declaration, Catalonia’s High Court on Monday asked for Spanish police protection instead of protection from local Catalan police, who acted on behalf of the Catalan government during the independence vote.

The international community is also speaking up on the eve of what could be Spain’s worst crisis in recent history. And despite calls for dialogue from parties all around the world, most major countries have voiced support for Madrid.

“If there were a declaration of independence, it would be unilateral and it would not be recognized,” French European Affairs Minister Nathalie Loiseau told French broadcaster CNews on Monday.