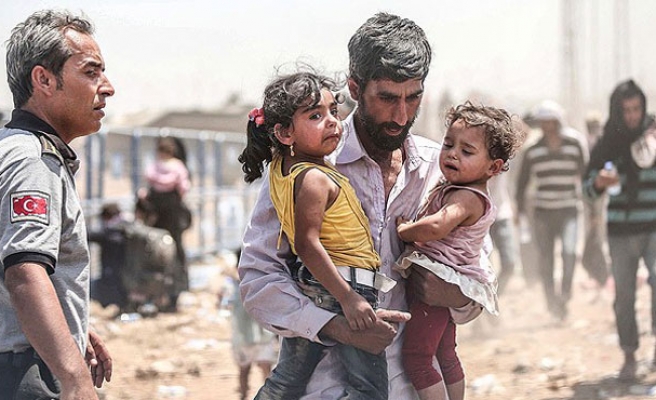 The European Union is "working intensely" to reach a deal with Turkey on how to reduce the flow of refugees coming in to Europe.

"Work is underway [...] intensive work is underway to get to the agreement soon," European Commission spokesman Margaritis Schinas told reporters in Brussels on Monday.

EU leaders have agreed to accelerate the visa liberalization process for Turkish citizens seeking to visit the 28-nation bloc’s Schengen borderless zone if Turkey manages to reduce the flow of refugees coming into Europe.

Her visit came days after EU heads of government last Thursday gathered in Brussels, and agreed to "re-energize" talks on Turkey’s accession into the bloc and on visa liberalization for Turkish citizens.

"We feel that Chancellor Merkel’s visit fits within the framework of the decision [of] the European Council," Schinas said.

EU border agency Frontex said Tuesday that 710,000 migrants had entered the European Union in the first nine months of the year, with many travelling through Turkey, which is currently hosting more than 2 million Syrian refugees.