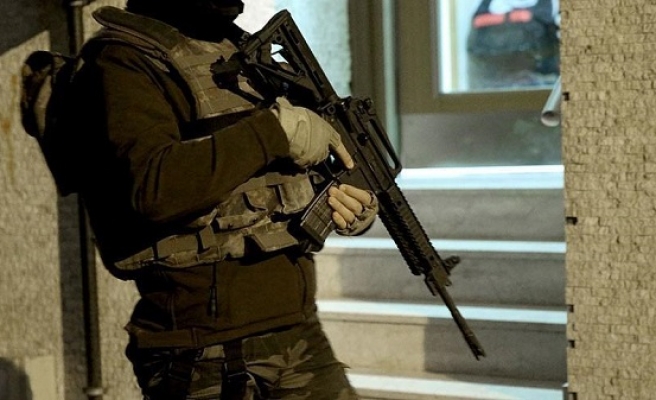 Europe is in fear of terrorist attacks by returning ISIL fighters following an agreement between the PKK/PYD and ISIL terror groups in the Syrian city of Raqqa, according to a report.

Britain’s The Times newspaper said Tuesday that hundreds of ISIL terrorists left Raqqa under the agreement and used smuggling routes to enter Europe, although some were arrested while trying to cross the border into Turkey.

But many “took advantage of the movement during the evacuation deal to get to Turkey,” the report cited Saddam al-Hamadi, one of the detainees, as saying.

Al-Hamadi said he travelled through PKK/PYD-held territories in northern Syria and the terror group “didn’t ask anything”.

The PYD and its military wing YPG are Syrian branches of the PKK, which has waged war against Turkey for more than 30 years.

Al-Hamadi was arrested by the Turkey-backed Free Syrian Army in al-Rai, one of the cities in northern Syria liberated from ISIL during Operation Euphrates Shield earlier this year.

“It was an easy route to cross. Even if the YPG [PKK/PYD] catch you, you will be held for 10 or 15 days and then released,” he told the Times reporter.

The Times noted that his testimony “adds to fears that ISIS [ISIL] fighters who were allowed to leave Raqqa are now heading back to Europe to launch attacks”.

The report also said the U.K. was concerned about ISIL terrorists returning home, adding that tensions between European states over Brexit could make their way easier.

“The UK is genuinely worried about the return of ISIS [ISIL] fighters. There are also concerns that intelligence information may not be shared [between countries] as quickly as it was because of the bad blood over Brexit,” it cited a source close to UK intelligence agencies as saying.

The BBC reported on Nov. 15 that the deal was struck between ISIL and the SDF, an armed Syrian group dominated by the terrorist PKK/PYD.

After speaking to many of those involved in the evacuation, the British broadcaster said a huge convoy consisting of around 50 trucks, 13 buses and more than 100 ISIL vehicles left Raqqa for ISIL-controlled territory to the southeast.

The report said ISIL also withdrew at least 10 vehicles loaded with arms and ammunition and the fighters included foreigners alongside Iraqis and Syrians.

But the Pentagon on Nov. 15 defended the deal, which allowed hundreds of ISIL terrorists to escape Raqqa, calling this part of a “local solution to a local issue,” namely the siege of ISIL’s de-facto capital in Syria.

Pentagon spokesperson Eric Pahon claimed it aimed to provide civilians and families “an opportunity to leave the city and to allow tribal leaders an opportunity to reconcile and reintegrate Syrian men who had been under ISIS [ISIL] control during its brutal three-year regime”.

Pahon denied that any representatives of the U.S.-led coalition against ISIL participated in the withdrawal negotiations, although they were “present at the discussions”.