"Over the long years of economic and financial crisis, foreign policy and shared European security have been dramatically sacrificed," the head of state said. 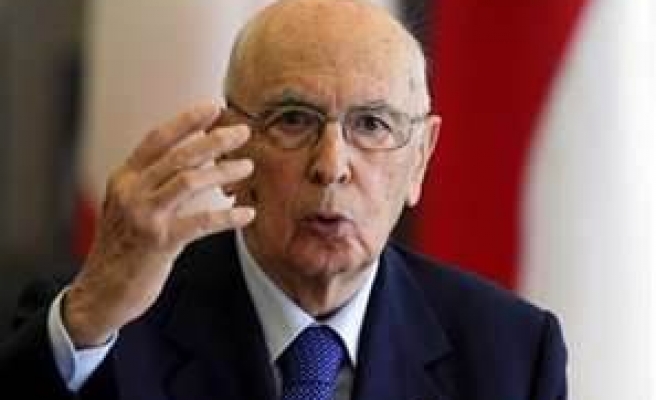 With strife mounting in many adjacent regions, Europe must renew a focus on foreign policy that was neglected as it dealt with a debt crisis, Italy's president said in an interview on Saturday.

Italy's six-month presidency of the European Union (EU) began this month, coinciding with escalating violence between Israel and the Palestinians, worsening conflict in Ukraine, and civil war in Iraq and Syria.

"These six months cannot only be about internal EU affairs and economic problems, as crucial as they are, but must also be a time for strong European efforts to create a prospect of stability and peace to the east and south of Europe," Giorgio Napolitano told the newspaper La Stampa.

Economics have so far dominated the debate in Italy's fledgling presidency, as Prime Minister Matteo Renzi campaigns for EU fiscal flexibility to encourage economic growth in countries such as Italy, which is struggling to emerge from recession.

In the inaugural speech of Italy's EU presidency, Renzi said Europe could not be blind to events in the Middle East, in particular.

Foreign Minister Federica Mogherini called on Friday for an end to fighting in Gaza, which Israel has bombarded in response to rockets fired by Palestinian militants, and said that Italy, in its role as EU president, was ready to work with the international community for a ceasefire and to restart peace talks.

Napolitano, who has been praised for helping Italy to navigate an economic and political crisis in a presidential role usually regarded as ceremonial, said diplomacy was essential.

"Over the long years of economic and financial crisis, foreign policy and shared European security have been dramatically sacrificed," the head of state said.

Napolitano criticised a European strategy of "containing" Russia, saying it recalled the Cold War, and said NATO-led troops withdrawing from Afghanistan would leave behind highly uncertain prospects for peace.

"The truth is that the international community has not managed to find political or diplomatic solutions to any crisis since Sept. 11, 2001, and has not defused one threat," Napolitano said.