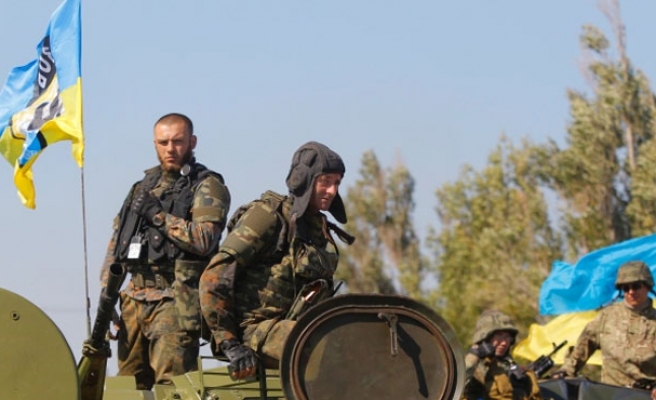 European defence ministers spoke out on Thursday against sending weapons to the Ukrainian army, pointing to a potential transatlantic split if Washington decides to supply arms.

The United States is considering whether to provide weapons to Ukraine in its fight against Russian-backed separatists, although no decision has been made, senior administration officials said on Monday.

Ukrainian President Petro Poroshenko has also called on NATO states to send weapons to his country.

"More weapons in this area will not bring us closer to a solution, and will not end the suffering of the population," German Defence Minister Ursula von der Leyen told reporters.

"We need to put a lot of pressure on the separatists and Russia in an economic and political way to find a solution at the table and not on the (battle)field because to give input to a potential escalation is not a good solution," she said.

Dutch Defence Minister Jeanine Hennis-Plasschaert said she believed most allies, "but in particular the Netherlands, will insist on non-lethal support to Ukraine. Political dialogue is the only way out of the crisis."

"We need to lower the temperature of the crisis, not to raise it," she told a news conference.

British Defence Secretary Michael Fallon said London would "see what more we can do in the way of training and equipment that is non-lethal."

Lithuanian Defence Minister Juozas Olekas said his country supported Ukraine with "some elements" for the military requested by Poroshenko but declined to give details.

U.S. Defense Secretary Chuck Hagel refused to be drawn on whether he backed sending defensive weapons toUkraine during a press conference in Brussels, but said: "We shouldn't forget ... what President Obama has said, what leaders of European nations have said ... This issue is not going to be resolved militarily."

U.S. Air Force General Philip Breedlove, NATO's top military commander, said Russian supply of heavy weaponry and assistance to rebels in eastern Ukraine caused "much concern" and the Ukrainian people had a right to defend themselves.

But he cautioned that the situation in Ukraine had no military solution and any action by Western nations should be aimed at creating "conditions that support all parties to come to the table" to resolve the problem.

"Arms will not change that," Breedlove told reporters.

But he declined to be drawn specifically on whether he supported providing defensive lethal weapons to Ukraine, as has been reported in some media.

"I've made my specific advice to ... both my U.S. chain of command and my NATO chain of command. They are taking my advice under consideration," he said, declining further comment.

A group of former U.S. officials, including former top diplomatic and military representatives to NATO, recommended recently that the U.S. provide Ukraine with defensive lethal weapons, such as anti-tank missiles.