Muslim organizations in Europe have criticised a new law approved by the Austrian parliament, which aims to revise a historic law on the status of Muslims. 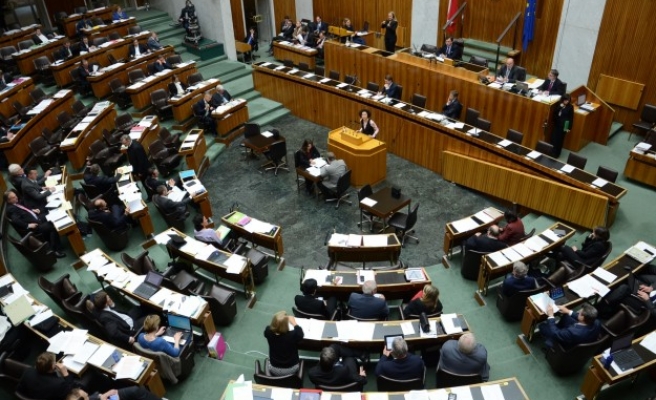 The Austrian parliament voted by majority to approve a bill Wednesday, which aims to revise a historic law on the status of Muslims in Austria.

Dr. Omar El-Hamdoon, president of Muslim Association of Britain, expressed his concerns about the new law. El-Hamdoon described the legislation as a piece of "marginalization and alienation" package of Muslims, which he alleged was designed to target Muslims.

He acknowledged that the law contained some positive articles amid "the sea of negativity." He said the requirement that sermons inside mosques should be conducted in German was positive because it was important for clerics to speak the language of the society they live in. However, he said that this might also limit the sharing of religious views and the way of presenting the holy Quran.

He opposed the prohibition of foreign financing for Muslim organizations and structures. "I think it is a step backwards. This will be an obstacle for the development of Muslims," El-Hamdoon said.

Humeyra Filiz, coordinator of the Strasbourg-based European Muslim Initiative for Social Cohesion, said that the new legislation was a part of an "Europeanization approach" that in practice would allegedly exclude Muslims from all areas of societies and socio-political arena.

Ibrahim Yavuz, co-founder of The Muslim Civil Society Network, described the recent legislation as “theorizing of Islamophobia” that allegedly made Muslims in Austria second-class citizens.

The approved legislation contains provisions that will benefit the roughly 500,000 Muslims living in Austria, including the right for Muslims to take time off during Friday prayers and to go on holidays during certain religious festivals.

In addition, schools and other public institutions, including hospitals, the army and prisons will have to offer halal food in line with Muslim dietary requirements.

Islam has been an official religion in Austria since 1912. The Islam law, known as "Islam Gesetz," was introduced by Austria's last emperor, Franz Josef, after the Austro-Hungarian Empire annexed Bosnia-Herzegovina.