﻿Real and perceived discrimination against second and third-generation minorities in Europe is the reason why some young people from the West have decided to join ISIL, a Turkish academic claimed. 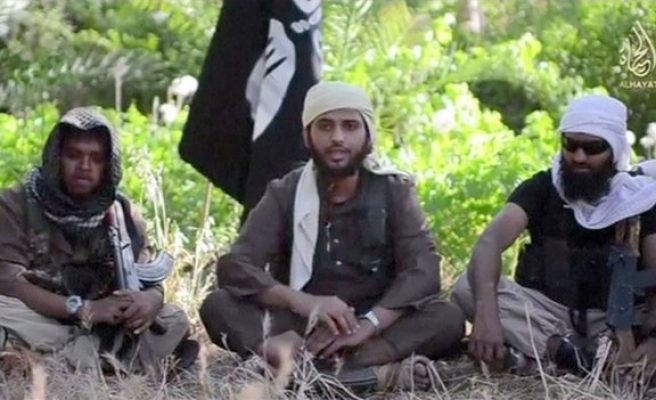 “Social and perceived discrimination” is the reason why young people from Europe are going overseas to join dangerous extremist groups like the ISIL, a Turkish academic has claimed.

This is according to a Europe-based researcher who claims that many foreign fighters are motivated by grievances over assimilation and acceptance combined with a “literalist” dogmatic thought process, rather than ideological concerns.

Born to Turkish immigrant parents in the Netherlands, assistant professor of cultural anthropology Ahmet Yukleyen from Istanbul Commerce University's International Relations Department spoke to Anadolu Agency. Yukleyen said that joining ISIL was "not particularly about a religious tradition but a certain style of thinking" where potential militants’ age and immigrant background played a key role in their decision.

"Most of the group is between the age of 15 and 25; they are either the second or third generation living in that country and they have some level of education," Yukleyen says.

What makes young Europeans leave their countries to join radical groups can be defined by several steps according to Yukleyen, who says understanding 'literalism' is the first stage in the process.

This literalism avoids the old Islamic tradition of reading 'tafsir' – interpretations of the Quran written by scholars. It is not uncommon for whole books of commentary and analysis to be written about a single sentence from the Muslim holy book.

Adding that a “sense of certainty” attracts young Europeans to extremist causes, Yukleyen says that ‘dichotomy’ – ‘either/or’ thinking and the simplicity of 'the message' – were two more explanations for why young people decided to join extremist causes.

The Soufan Group, a New York-based security intelligence organization, reported in June that over 12,000 foreign fighters from at least 81 countries have joined the civil war in Syria so far, and that the numbers continue to grow.

"Around 2,500 are from Western countries, including most members of the European Union, the United States, Canada, Australia, and New Zealand," the report stressed.

One terrorism expert, Professor Peter Neumann from King's College London, claims that around 2,000 of those were European-born, according to a report carried in Germany’s Bild newspaper.

Neumann stated his view that around 350 of those are from Germany, about 400 from United Kingdom, 500 of Belgium and 600 from France.

Yukleyen stresses that for many of these foreign recruits, relying on direct referencing to one literal reading of the Quran – using quotations as a kind of scientistic referencing – encourages obedience to dogma.

'Exclusivism' – the view that only their group of Muslims is going to be saved – is another explanation for the appeal of radical Islamist groups, according to Yukleyen.

He also underlines that the idea of jihadism pushes these people to adopt just one identity when compared to their hybrid identities when in their Western countries.

Social media – which has been adopted by many groups like ISIL – offers a rich source of material for analysis.

Militants use the legal inequalities they think to have been exposed to and exploit it for propaganda purposes, says Turkish clinical psychologist professor Kemal Sayar in his ‘Psychology of Terrorism’ research report.

Even as far back as 2003, some European states were becoming aware of the danger of alienation fuelling militancy among their populations.

In a conference that year on terrorism in Norway's capital Oslo, scholars debated if ethnic or religious discrimination and social inequality were among the root causes of terrorism.

The conference listed the failure or unwillingness of governments to integrate their minority groups or social classes as reasons for potential radicalization.

Stripping citizenship from dual nationals and refusing re-entry to those suspected of fighting with ISIL were just two of the measures considered by the United Kingdom and Germany.

U.K. Prime Minister David Cameron announced that his country was planning to temporarily authorize the police to seize the passports of suspects travelling abroad.

A BBC report on Tuesday claimed that a future Conservative Party government was expected to give police and intelligence agencies more powers to access internet communications as part of measures against ISIL.

At the beginning of September, France adopted a new counter-terrorism law by which French citizens seeking to travel to certain warzones would be temporarily prevented from going abroad.

What pushed the European countries to 'act' is clear; the "number of Europeans joining ISIL in Syria and Iraq has risen to more than 3,000," according to the EU's anti-terrorism chief Gilles de Kerchove, the BBC reports.

However, these measures will not help, claims Yukleyen.

Instead, he calls on European countries to develop youth programs where the hybrid identities of young second or third-generation citizens are welcomed.

He also called for an increase in “social acceptance” to prevent young people joining ISIL from Europe.

It has also posted graphic online videos of mass executions, as well as the beheadings of Western hostages.