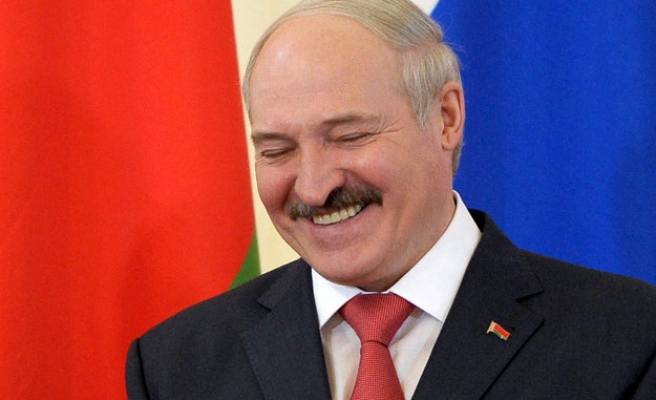 Belarussian President Alexander Lukashenko has won a fifth term with 83.49 percent of the vote, the head of the central electoral commission said Monday.

Election chief Lidiya Yermoshina gave the result at a televised news conference and it also appeared on the commission's website. The result is still formally a preliminary one.

The result is the highest ever for Lukashenko, whose government made a huge effort to ensure a high turnout of over 86 percent, with more than a third of the population taking part in early voting from Tuesday.

European Union officials have said they may lift sanctions against Lukashenko after he freed political prisoners ahead of the polls, as long as the vote was considered acceptable and not marred by harsh crackdowns.

Lukashenko won the last presidential poll in 2010 with 79.6 percent of the vote, a disputed result that prompted massive street protests. In 2006, he won with 83 percent.

In the latest polls, Lukashenko stood against three little-known opponents who trailed with results in the single figures. Tatiana Korotkevich came second with 4.42 percent.

The leaders of the long-standing opposition to Lukashenko were barred from standing in the poll and called on supporters to boycott the vote.

The most popular option for those who opposed Lukashenko was to vote against all candidates, which 6.4 percent of voters opted to do.

Lukashenko had the lowest result in the capital Minsk where 65.58 percent of voters backed him, while in a striking figure, 20.6 percent in Minsk voted against all candidates, Yermoshina said.