'The mission will be conducted with full independence and will not deal with any issue related to the territorial status of Crimea,' Council of Europe Secretary General says 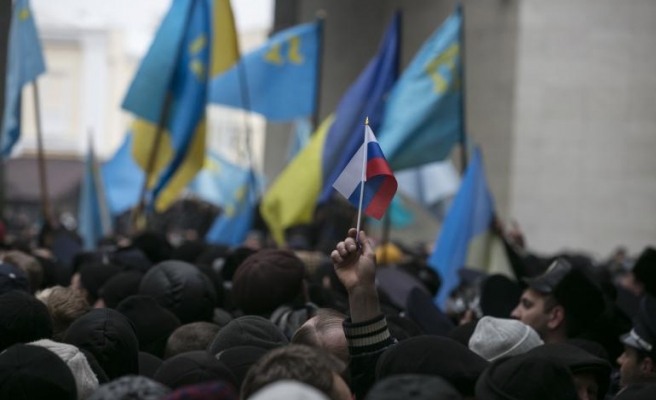 Europe's top human rights body has sent a delegation to Crimea to assess the situation in the strategic peninsula annexed by Russia from Ukraine in 2014, officials said Monday.

The Council of Europe mission will look at several areas, including freedom of expression, minority rights, the fight against corruption and prison conditions, but will not address Crimea's political status.

Crimea was annexed by Moscow after the ousting of Ukraine's pro-Kremlin president Viktor Yanukovych in February 2014.

"The mission will be conducted with full independence and will not deal with any issue related to the territorial status of Crimea," the council's Secretary General Thorbjorn Jagland said.

"It will help us receive clear and comprehensive information on the human rights situation and make sure the people of Crimea are not forgotten."

Jagland said Crimea's 2.5 million inhabitants should benefit from the European Convention on Human Rights, but no international delegation had visited in more than a year to assess the situation.

The four-member team led by Swiss diplomat Gerard Stoudmann will report to the Council in February or March.

Russia was hit with international sanctions over its annexation of Crimea and intervention in Ukraine.