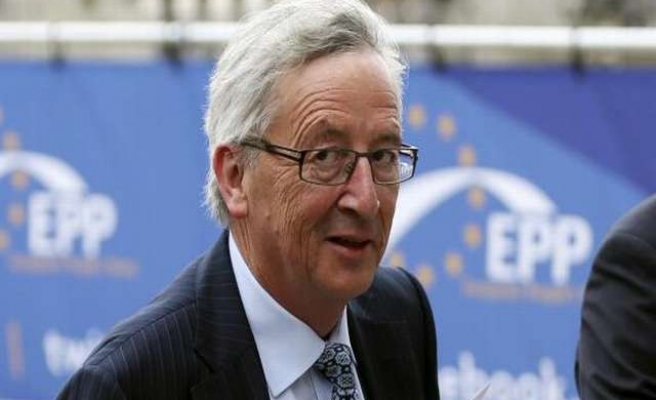 A heavily trailed European Union "€315 billion investment plan" presented by beleaguered EU Commission chief Jean-Claude Juncker has been widely criticized after it was disclosed only €21 billion is actually available - reallocated from existing funds.

UKIP MEP Patrick O'Flynn said as the plan was presented: "The brutal truth is, you don't have €300 billion ($373 billion) to spend, or anything like it.

He also criticized the euro currency as being a system which locks poorly-performing economies into interest rates that better suit Germany's economy.

Juncker earlier explained the European Fund for Strategic Investment (EFSI) was based on reallocating funds and luring private investors into the scheme instead of taking on new debt in an effort to revive the struggling EU economy.

Juncker began his speech saying, "Christmas has come early" before explaining the three-year scheme, starting in June 2015, would use public "seed money" of €21 billion, with the EU financing €16 billion from its budget and the European Investment Bank (EIB) providing the remaining €5 billion.

It is understood the "seed money" would come in the form of guarantees to be used to raise private funding for investment in higher-risk projects valued at the estimated €315 billion.

Juncker added: "Europe needs a kick-start and today the Commission is applying the jump leads ... the EFSI plan is about sending a message that Europe is back in business."

He explained the plan would be "greater" if EU member states agreed to step up their level of investment.

"We don't have a money tree ... the plan needs a greatest effort in recent EU history to stir investment without changing the rules."

"There will be no turning back," he declared.

But Dimitrios Papadimoulis, a Greek MEP speaking on behalf of the left-wing GUE/NGL group in the parliament, said Juncker's scheme did not provide "fresh money".

He told Juncker: "The package you presented is just empty words - €16 billion comes from the EU budget and €5 billion from the EIB. There is not one euro of fresh money in there, and you promised that you are going to create some kind of leverage effect multiplying funds by 15.

""In these times of stagnation and recession in the Eurozone, there is no economist in the world that would believe this."

"What we need are detailed answers to some of our questions, tell us why the private sector is not investing at the moment, and maybe we will support your project."

UK MEP Patrick O'Flynn (UK), said on behalf of the Europe of Freedom and Direct Democracy Group that Mr Juncker was "throwing good money after bad" while the main problem is the Euro as a single currency which prevents southern EU states from allowing national currencies to depreciate and thus create more favourable conditions for investment.

Non-attached member Gerolf Annemans of the Vlaams Belang party said that the investment package was "basically a recycling, a relabelling ... This is a useless watering can, hocus pocus, abracadabra, and just monopoly money".

Carsten Brzeski, a Senior Economist at investment group ING, told the Danish news website business.dk ahead of the presentation: "This looks like financial abracadabra.

"I am very skeptical whether it is possible to multiply the fund 15 times through private investments. We have heard about similar plans in the future that have not succeeded."

"It is a shame, because the idea of an investment plan with focus on infrastructure is a good idea, only member countries need to put serious money in it," he said.

France has said the EU must inject up to €80bn of "real money" into the struggling European economy and warned the investment plan risked failure if enough hard cash was not used to stimulate demand.

Emmanuel Macron, France’s Economy Minister, told the Financial Times before Juncker's presentation: "I fear that [the plan] could end up being disappointing ... I am worried."

Center-right EPP group leader and German MEP Manfred Weber said the plan should concentrate on spending already existing capital "in a better way" without undermining confidence in the credibility of national budgets.

Socialist group leader and Italian MEP Gianni Pitella said that his group welcomed the plan as a "first step" but added there was "a long way to go" in spurring investment in Europe.

"I believe that  the plan, whilst not a silver bullet, can make a real difference to investment in Europe," he said.

The project will be presented to heads of state of member countries in December at the next meeting of the European Council and could be adopted by mid-2015.

The Organization for Economic Co-operation and Development (OECD) said on Tuesday that the Eurozone could be stuck in "a prolonged period of stagnant growth."

And Pope Francis described Europe as a "grandmother, no longer fertile and vibrant" in an address to the European Parliament on Tuesday, adding it gave "the impression of being somewhat elderly and haggard".

Juncker, who took office on Oct. 22 for a five-year term, faces a no-confidence vote on Thursday over the "Lux Leaks" furore, sparked by an investigation by the International Consortium of Investigative Journalists (ICIJ) in early November which reported more than 300 big-name corporations such as Pepsi, IKEA and FedEx had secured secret tax deals with Luxembourg during Juncker's time as prime minister and finance minister there.

The reports - based on nearly 28,000 pages of leaked sensitive documents relating to more than 1,000 businesses - triggered anger as it apparently showed a European Union state secretly aiding tax avoidance on a vast scale while much of Europe undergoes IMF- and government-imposed "austerity measures" including "free-market reforms" cutting public services, raising pension ages and restricting wages and salaries.

The censure motion was filed and backed by 76 MEPs from Eurosceptic parties, including the UK Independence Party, the National Front in France and the Italian Five Star Movement.

However, the vote is unlikely to succeed as the European People's Party and the Social Democrats, who hold a majority of seats in the European Parliament, have declared they will back the embattled president.