'If a country makes an extraordinary effort, that effort has to be adequately recognised,' Juncker says 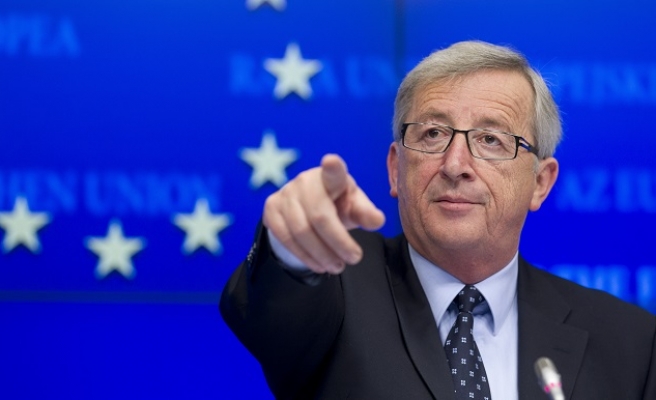 European Commission head Jean-Claude Juncker on Tuesday offered some leeway on strict EU budget rules for member states struggling to cope with the costs of the migrant crisis.

The Commission is the enforcer of sound government finances in the 28-nation EU and a handful of countries, led by Italy, have requested some flexibility in order to adjust their finances to cope with the huge expense they face in handling an unprecedented influx of refugees.

"If a country makes an extraordinary effort, that effort has to be adequately recognised," Juncker told the European Parliament in the eastern French city of Strasbourg.

The EU's Stability and Growth pact limits a country's budget deficit to a maximum 3.0 percent of annual output. In addition, a member state can only accumulate a total debt of 60 percent.

"We are confronted with a problem of extreme gravity," Juncker told MEPs, and countries should be allowed an "added dose of flexibility as the rules allow."

On the frontlines of the crisis, Italy and Austria both asked the Commission to take into account ballooning expenditure on refugees when assessing their budgets for next year.

In Italy's draft budget for 2016, spending on refugees is expected to soar to 4.0 billion euros ($4.4 billion), about 0.2 percent of the country's annual output.

Austria estimated its costs at one billion euros, or 0.3 percent.

Belgium also makes an explicit reference to spending on refugees in its draft budget, estimating the cost at 350 million euros.

Juncker warned there would be no latitude towards countries not pulling their weight in meeting the migrant problem.

"The countries that make no special effort, that cannot prove they were severely affected, will not see the rules applied more flexibly," he said.