European Parliament MEPs voted on a motion filed against European Commission President Jean-Claude Juncker and his commission over the so-called LuxLeaks affair. 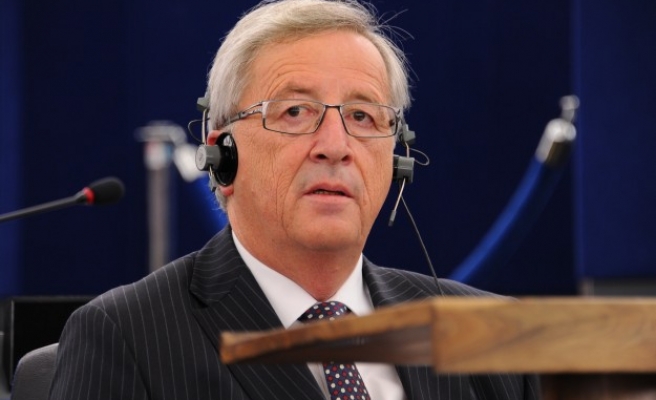 The censure motion was clearly defeated by 461 votes to 101, but it is hardly an auspicious start for Juncker, who has faced criticism in his first month in office, both over his former role as Luxembourg leader and the potential conflict of interest as head of a European Commission examining tax avoidance.

The motion of censure, brought by far-right parties such as France's Front National and anti-EU parties including Britain's UKIP, said that Juncker was directly responsible for Luxembourg's tax avoidance policies during his time as the country's prime minister.

It was submitted on Nov. 11 to the office of Martin Schulz, President of the European Parliament.

The censure motion comes after an investigation by the International Consortium of Investigative Journalists in early November, which accused hundreds of well-known corporations such as Pepsi, IKEA and FedEx of securing secret tax deals with Luxembourg.

The reports - based on nearly 28,000 pages of leaked sensitive documents relating to more than1,000 businesses - triggered anger as it apparently showed a European Union state secretly aiding tax avoidance on a vast scale while much of Europe undergoes IMF- and government-imposed "austerity measures" including "free-market reforms" cutting public services, raising pension ages and restricting wages and salaries.

The tax deals took place during Juncker's time as prime minister and finance minister of the country.

"The LuxLeaks scandal shows that Commission President Juncker has always acted in his political life to enrich his country behind the backs of its European partners, in defiance of the Union and Community spirit he is supposed to represent,’’ Marco Zanni said.

Zanni is an MEP of the European Parliament from the Five Star Movement, an Italian Eurosceptic party.

Opening the debate over the motion On Monday,  Zanni accused Juncker of being "on the side of fiscal evaders who backed every failed EU policies of last years."

"Looking at who signed the no-confidence motion I wonder what it means. It seems to me that the intention of the voters is not what it seems because they should realize that I'm not a friend of the big capital," Juncker replied.

The commission president also added that accusations were only against himself. "Leave the commission aside and deal with me only," Juncker said.

MP Gabriele Zimmer from European United Left / Nordic United Left allience said the LuxLeaks revelations are "not about personal responsibility, but about the ‘Juncker system’... There are many other member states that use the same system."

Juncker responded by saying "these are tax arrangements made by the member states across the EU. I'm not the one who created this."

Juncker, 59, has said before that all his actions during his time as prime minister of Luxembourg were in compliance with the national legislation and the international rules.

"The national rules differ from member state to member state; sometimes the results of that is a tax rate not fully in compliance with the concept of fiscal fairness," he justified.

Italian MP Gianni Pittella, leader of the Socialists and Democrats group that backs Juncker, said "If we throw this commission away, we will throw the 300 billion euros investment package."

Juncker has unveiled Wednesday a new three-year initiative of 315 billion euros plan to resuscitate Europe’s economy, which will be built on 21 billion euros of the EU seed money.

"Too much time will be wasted again to form a new college," explained Pittella.

At the end of the hearing, Juncker pleaded to MPs to not doubt him and his commitments.

"Please, stop insulting me. It's true that I'm thick-skinned, but I prefer to go on with my work," he said.

Juncker, former Prime Minister of Luxembourg from 1995 to 2013 and is a member of the center-right Christian Social People’s Party, took office on Oct. 22 for a five-year term.

On Wednesday, a heavily trailed European Union "€315 billion investment plan" presented by Juncker to EP has been widely criticized after it was disclosed that only €21 billion is actually available after being reallocated from existing funds.

The project will be presented to heads of state of member countries in December at the next meeting of the European Council and could be adopted by mid-2015.