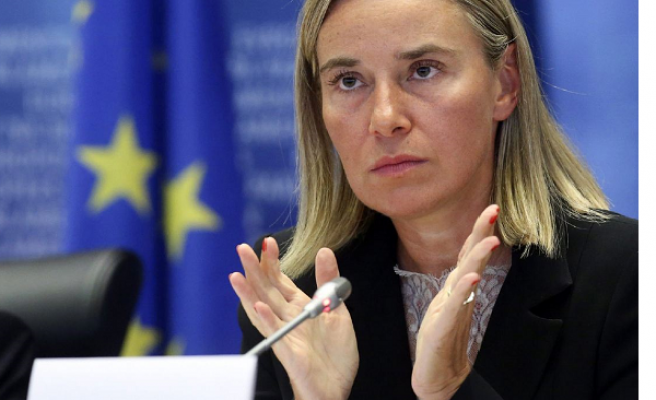 EU foreign policy chief Federica Mogherini will pay a two-day visit to Myanmar on Nov. 20 after a trip to Bangladesh on Nov. 19.

Mogherini will lead the European delegation at the 13th Asia-Europe Meeting (ASEM) of Foreign Ministers in Nai Pyi Taw, Myanmar, the EU said in a statement on Wednesday.

The ASEM meeting, whose theme is “Strengthening Partnership for Peace and Sustainable Development”, will focus on security, economic and political issues of common interest to Asian and European foreign ministers.

"The Asian and European Foreign Ministers will also look to reinforce partnerships in areas such as sustainable development and climate change, as well as how to improve connectivity between Europe and Asia," the statement added.

Mogherini will also pay a working visit on Sunday to Bangladesh, where she will visit Rohingya refugee camps in the district of Cox's Bazar and meet with representatives of humanitarian organizations.

She will also meet Prime Minister of Bangladesh Sheikh Hasina to discuss the refugee crisis and the EU's support to the country about this issue.

On Tuesday the UN’s migration agency warned of the trafficking, exploitation and sexual abuse of Rohingya refugees in Bangladesh.

International Organization for Migration (IOM) spokesman Joel Millman told a news conference in Geneva: “Desperate men, women and children are being recruited with false offers of paid work in various industries including fishing, small commerce, begging and, in the case of girls, domestic work."

Since Aug. 25 more than 617,000 Rohingya refugees have arrived in Cox’s Bazar, Bangladesh, fleeing violence in Myanmar.

According to UN, the total Rohingya refugee population in the area is now over 830,000.