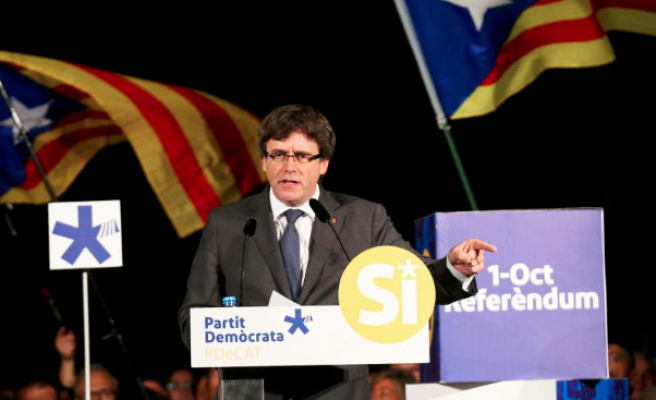 Catalonia’s former president announced on Saturday he will run in snap elections in the restive Spanish region.

Speaking in Belgium, where he has been in self-exile since last month’s independence vote, Carles Puigdemont announced his candidate list, which includes separatists as well as dismissed government officials.

“We Catalans showed the world that we have the ability to become an independent state.

“We must ratify this,” he added.

Snap regional elections will take place on Dec. 21, with separatist and unionist parties vying for control of the region.

Puigdemont and his entire former Cabinet face the extremely serious charges of rebellion, sedition, and misappropriation of funds after last month’s independence proclamation in the Catalan Parliament.

Earlier this month, thousands of pro-separatist Catalans took to the streets in protest of the arrests of the former regional leaders. A pro-independence union has also called for a general strike next Wednesday.