Former Guantanamo Bay detainee and human rights campaigner Moazzam Begg is among four arrested in the UK for allegedly going to Syria to fight. 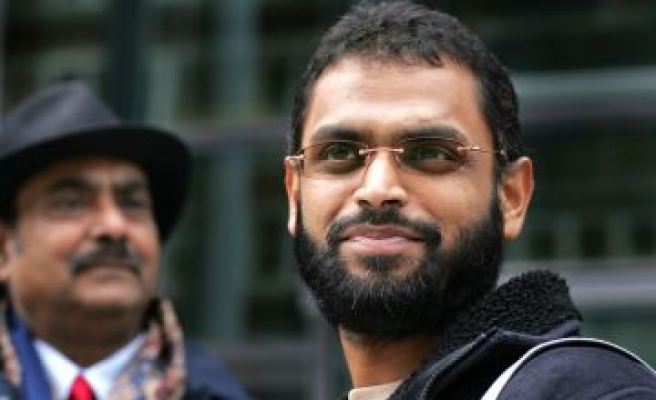 Former British Guantanamo Bay detainee Moazzam Begg is among four men arrested in the UK for allegedly going to Syria to fight in the three-year-old civil war.

According to the Guardian, Moazzam Begg was arrested on Tuesday morning in Birmingham charged with attending a training camp overseas.

Begg was in Pakistan with his family in 2002 when he was arrested and handed over to the US occupying forces in Afghanistan.

He was later transported to the Guantanamo Bay prison camp in Cuba, where he was tortured for three years only to be released without charge in 2005.

After his release, Begg wrote a book called 'Enemy Combatant' about his experiences in Guantanamo Bay, and became an activist for justice for the remaining detainees, working with Cageprisoners and the Stop the War Coalition.

Begg continued his activism in Syria, openly writing about his visit to Syria in 2012 in order to research "several leads regarding British and American complicity in rendition and torture in Syria".

Following his visit, the UK stripped him of his British passport as he was attempting to fly out from Heathrow airport in 2013, with officials telling him it was "not in the public interest" for him to travel.

Begg insisted that the decision to take his passport away was politically motivated because of his investigative work in Syria.

"I am certain that the only reason I am being continually harassed – something that began long before any visit to Syria – is because Cageprisoners and I are at the forefront of investigations and assertions based on hard evidence that British governments, past and present, have been wilfully complicit in torture," he said.