It was the first time he has attended a papal ceremony since his resignation, although he and Francis have met several times. 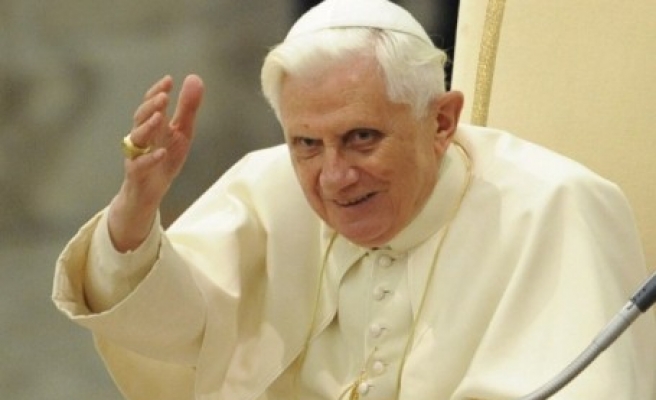 Former Pope Benedict made a surprise appearance at St. Peter's Basilica on Saturday to attend a ceremony at which his successor, Pope Francis, was elevating 19 prelates to the high rank of cardinal.

Benedict, 86, who resigned a year ago, sat quietly wearing a long white overcoat in the front row along with other cardinals. It was the first time he has attended a papal ceremony since his resignation, although he and Francis have met several times.

When he reached the front of the basilica to start the ceremony, Pope Francis went greet Benedict, who took off his white skull cap in a sign of respect and obedience to Francis.

Even though the crowd inside the basilica had been asked to refrain from applause during the ceremony, they clapped when Benedict walked in and again when his name was mentioned in an opening address by one of the new cardinals.

Benedict became the first pope to resign in 600 years when he stepped down on Feb. 28, 2013. Francis was elected the first non-European pope in 1,300 years two weeks later.

Pope Francis elevated 19 prelates to the rank of cardinal on Saturday, his first appointments to the elite group of men who are his top aides around the world and who can one day elect his successor if they are under 80.

Sixteen of the new cardinals will have the right to vote to choose a successor. Three were made cardinal emeritus, without voting rights, for their service to the Church.

The following are cardinals with voting rights:

3. Archbishop Gerhard Ludwig Muller, 66, German, head of the Congregation for the Doctrine of the Faith.

4. Archbishop, Beniamino Stella, 72, Italian, head of the Vatican's Congregation for the Clergy.

The following are cardinals emeritus, without voting rights:

1. Monsignor Loris Francesco Capovilla, 98, Italian, who was secretary to Pope John XXIII, who reigned from 1958-1963 and called the Second Vatican Council. He was not able to attend the ceremony for health reasons.