Eastern Partnership participants also supported free elections in Ukraine, including a presidential vote planned for May 25, without external interference and under international monitoring 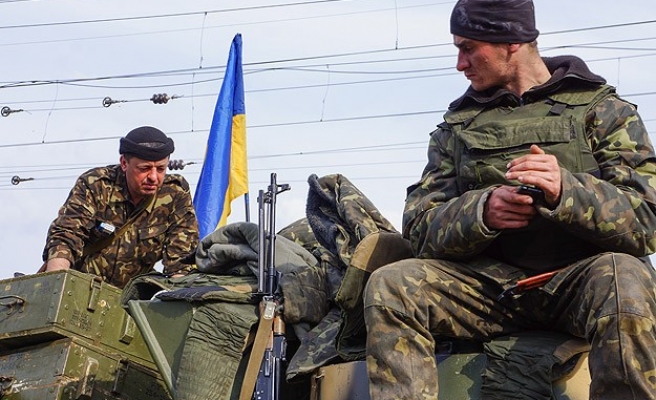 A group of former Soviet and European Union states called on Friday for a de-escalation of tensions in Ukraine including the withdrawal of Russian troops from the border, Czech President Milos Zeman said after a meeting in Prague.

Russia's President Vladimir Putin overturned decades of post-Cold War diplomacy by announcing the right to use military force in neighbouring countries when he annexed Crimea in March.

Former Soviet members of the EU's Eastern Partnership, an initiative between the bloc and countries in eastern Europe and the Caucasus, have different views on the crisis with Armenia and Belarus closest to Russia, and Azerbaijan, Georgia, Moldova and Ukraine less so. Belarus did not attend Friday's meeting.

"There is a unanimous recommendation to the Russian Federation that it, as a peaceful gesture with the aim of de-escalating the Russia-Ukraine conflict, pulls its forces from the Ukrainian border," Zeman said after the group's heads of state and other top officials met.

"(Another point) is a recommendation to Ukraine to carry out a decentralisation of the country, in line with the conclusion of the Geneva conference."

The EU was represented at the meeting by the presidents of Austria, Lithuania, Poland, Slovakia and the Czech Republic, European Enlargement Commissioner Stefan Fuele and Sweden's Deputy Prime Minister Jan Bjorklund.

Under an accord struck by Russia, Ukraine, the United States and EU in Geneva last week, illegal armed groups are supposed to disarm and go home, including rebels occupying about a dozen buildings in the largely Russian-speaking east.

The rebels have shown no sign of retreating, and Russia has moved some 40,000 troops to its border with Ukraine, some of whom staged military exercises on Thursday.

Zeman said Eastern Partnership participants also supported free elections in Ukraine, including a presidential vote planned for May 25, without external interference and under international monitoring.

He said the meeting also supported a Czech initiative to offer, if there is interest from both sides, Czech mediation services to the two countries in order to prevent an all-out armed conflict.

Ukrainian Foreign Minister Andrii Deshchytsia, who represented his country at the meeting, said the Geneva accord could still be upheld, although the window was narrowing. He said Ukraine would welcome such an initiative by the Czech Republic.

"It would be an added value to the process of de-escalation," he told reporters.