Misleading news reports, often about violence involving police, and partisan media coverage have fueled tensions as each side seeks to influence the outcome of Spain's toxic political crisis. 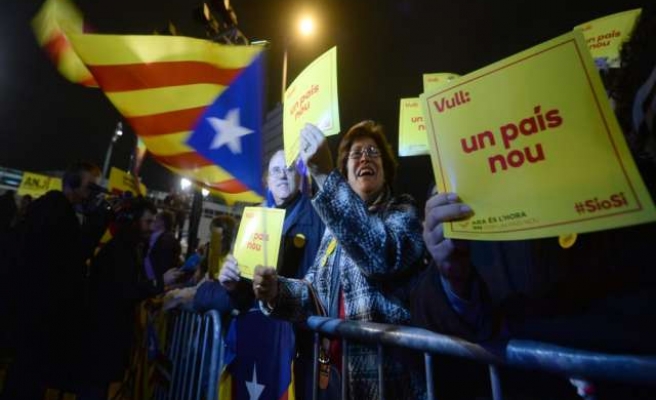 Footage from a five-year-old miners' strike, a paralysed young boy and woman's broken fingers: images swarming Spanish social media during the Catalonia independence crisis have one thing in common.

They all are fake news.

One photo of a woman whose fingers were allegedly broken by police to stop her from voting during a banned independence referendum in Catalonia on October 1 was widely distributed on social media.

She later told Catalan television that doctors had only diagnosed swollen cartilage in her hand.

Other widely-circulated reports said that a policeman sent to Catalonia to block the plebiscite had died while on assignment, and that a six-year-old boy had been paralysed by police brutality. All were false.

"We have never seen this in Spain until now," Clara Jimenez, a journalist in charge of a popular Twitter account called "Maldito Bulo", or "Damned Hoax", which verifies stories that circulate online, told AFP.

She said the flood of fake stories started a few days before the referendum, which was marred by police violence.

The bogus reports, shared widely online, form part of the global phenomenon of "fake news", with Russia in particular being blamed for spreading misinformation in a bid to influence politics.