Many Greeks primarily hold Germany responsible for the austerity measures, which Greece has been forced into in order to qualify for bailouts from the EU. 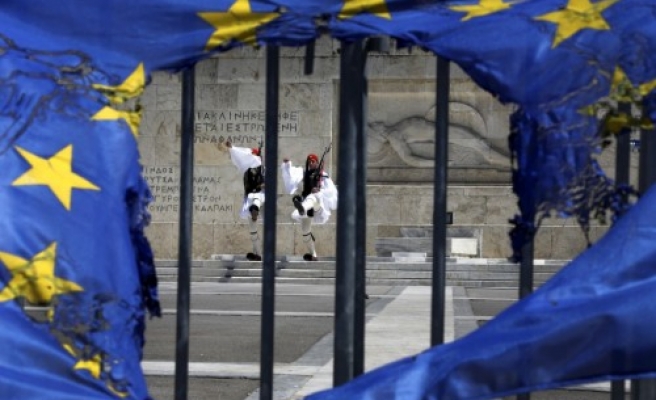 A group of far-left militants in Greece calling themselves the Popular Fighters have declared war on the “German capitalist machine,” after claiming responsibility for a rocket attack on a Mercedes-Benz branch and on the German ambassador’s residence in Athens.

The German ambassador's residence came under gunfire on December 30, which was followed by an attack on the Mercedes-Benz branch on January 12, in what they say was revenge for the suicide of 77-year-old Greek national Dimitris Christoulas, who killed himself in Athens in 2012 over his financial situation.

"As we sprayed gunfire at the hyper-luxury home of the German ambassador we imagined beside us the thousands of people who line up at soup kitchens … the unemployed, those working for 400 euro [a month]," the group told To Pontiki in a 20-page manifesto.

The group also called on followers to attack European Union targets, which signifies anti-EU sentiment in both far-right and far-left Greek groups who have increased in popularity since the eurozone crisis devastated the Greek economy and EU-imposed austerity measures left as many as 28% of Greeks jobless.

Many Greeks primarily hold Germany responsible for the austerity measures, which Greece has been forced into in order to qualify for bailouts from the EU.