Strache wants to become mayor of Vienna in elections next year, he told a Sunday newspaper in an interview laden with anti-Turkish venom 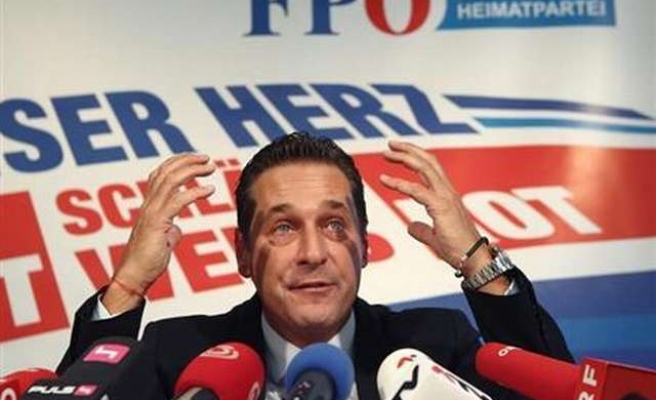 Austrian far-right leader Heinz-Christian Strache wants to become mayor of Vienna in elections next year, he told a Sunday newspaper in an interview laden with anti-Turkish venom.

It is already the biggest opposition party in parliament, and came in second with more than a quarter of the vote in 2010 elections in Austria's capital city.

The ruling coalition of the Social Democrats (SPO) and conservative People's Party (OVP) - which just squeaked out a combined majority in national elections last year - are at each other's throats over how to reduce an oppressive tax burden.

If the debilitating fight over public finances - the SPO wants a new tax on millionaires, the OVP insists on efficiency reforms - drags on, opposition parties look set to benefit.

Strache told Oesterreich that he would lead the party ticket next year in Vienna, known as "Red Vienna" for the SPO's traditional dominance although it had to share power with the Greens after losing its absolute majority in the city in 2010.

"Whoever votes for me is preventing Red-Green and Turkish road signs in Vienna. We also don't need (Turkish Prime Minister Tayyip) Erdogan in Vienna. I can tell him straight away: Erdogan, stay home," Strache was quoted as saying.

He was referring to the Turkish premier's plan to visit Vienna this month to address supporters. Nearly 115,000 Turkish citizens live in Austria, the largest group among non-EU foreigners, according to the state statistics bureau.

Strache said Austria could not ban Erdogan from making a state visit, but called his trip this month "a pure propaganda campaign for his Erdoganistan. I find this alarming. He wants to promote a neo-Ottoman empire and parallel societies in Vienna".

Strache, a 44-year-old former dental technician, has won over many voters by denouncing bailouts of debt-laden euro zone members like Greece as thinly disguised rescued of the very banks that caused the debt crisis in the first place.

He has worked hard to shed the extremist image the FPO had under late leader Joerg Haider, but he still remains a divisive figure.

A Gallup poll published on Sunday showed 52 percent of respondents had a negative opinion of Strache, making other parties wary of joining forces with the FPO.