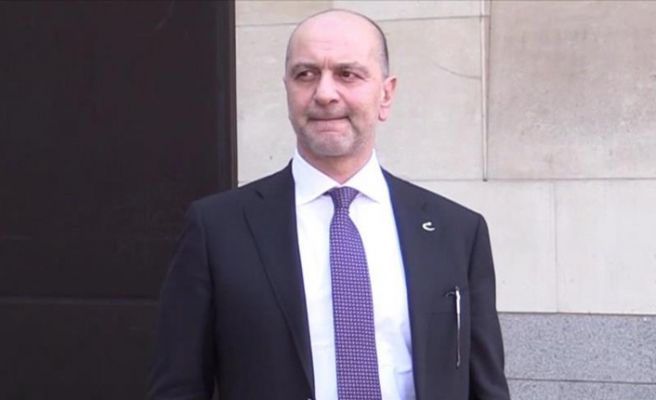 A law professor has admitted that he wrote a report on Turkey after being approached by an affiliate of the Fetullah Terror Organization (FETO) on Thursday on the third day of an extradition case of three individuals who are believed to be linked to the group, which Turkey says is behind the July 2016 coup attempt.

Turkey rapporteur for the Council of Europe’s Venice Commission Jeffrey Jowell’s remarks came during a cross-examination at the Westminster Magistrates Court, which will decide whether former Koza Holding director Hamdi Akin Ipek and two other defendants are to be extradited to Turkey.

Jowell, who was called to the court by the defense team, admitted that he never met four individuals mentioned in a report into the "rule of law" in Turkey but that it was “desk-based”.

Also admitting that he did not visit Turkey to write the report, Jowell said, upon a question, that he was approached by solicitors representing Gazeteciler ve Yazarlar Vakfi (Journalists and Writers Foundation) as clients.

The court will continue Friday morning with a statement from a witness whose identity would not be disclosed due to an anonymity order by the judge the previous day.

Ipek was detained in May due to Turkey's request for his extradition over charges related to the defeated coup.

A court confiscated his passport and banned him from leaving London but released him on a £50,000 ($66,000) bail, a common procedure in extradition cases in the U.K.