A ban on the use of the Islamic headscarf, or hijab, for Muslim women footballers was lifted by the sport's rulemakers 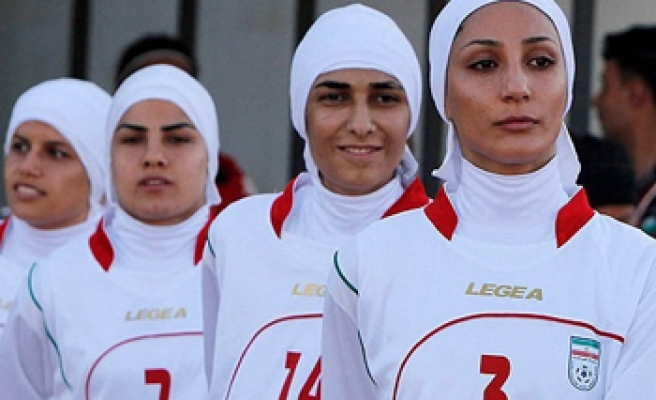 A ban on the use of the Islamic headscarf, or hijab, for Muslim women footballers was lifted by the sport's rulemakers on Thursday.

The garment had previously been banned because it was not recognised in the laws of the game.

The International Football Association Board (IFAB) unanimously overturned the ban and agreed to re-write the laws after studying reports from FIFA's medical officer.

"Safety and medical issues have been removed for the use of the headscarf and it is approved that players can have the head scarf," FIFA secretary general Jerome Valcke told reporters.

He said a further meeting in October would discuss the details.

"The only remaining point now is now the colour and design of the headscarf," he said.

The move came after a campaign in favour of the hijab from FIFA vice-president and executive committee member Prince Ali Bin Al-Hussein of Jordan.

Other sports such as rugby and taekwondo already allow the use of the hijab.

Last year the women's soccer team from Iran were prevented from playing their 2012 Olympic second round qualifying match against Jordan because they refused to remove their hijabs before kickoff.

Iran, who had topped their group in the first round of Olympic qualifiers, were punished with an automatic 3-0 defeat, which abruptly ended their dreams of qualifying for the London games.

IFAB, founded in 1886, is soccer's ultimate law-making body, comprising four members from FIFA and four from the British associations.