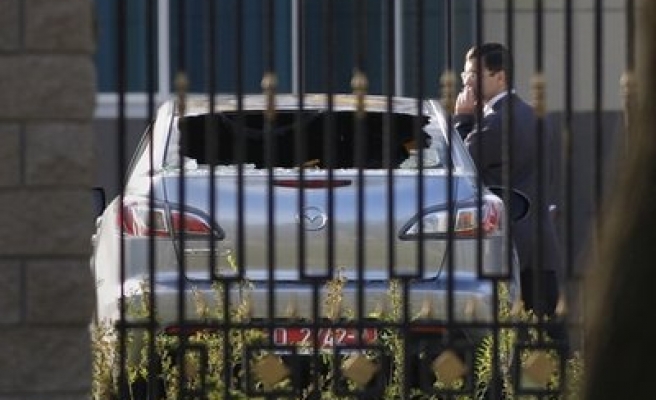 An unknown assailant threw two fire bombs at the Russian embassy in Minsk late on Monday, in an attack that hurt nobody but destroyed an embassy car, a Belarussian Emergencies Ministry spokesman said on Tuesday.

Vitaly Novitsky said the motive for the attack and the identity of the perpetrator were unknown.

The embassy has asked the Belarussian Foreign Ministry for help investigating what is believed to be the first such attack.

In Moscow, police said security near the Belarussian embassy in the Russian capital had been increased as a result of the attack, Interfax reported.

Relations between traditional allies Russia and Belarus have soured over recent months as Minsk struggles to reduce its dependence on Moscow.