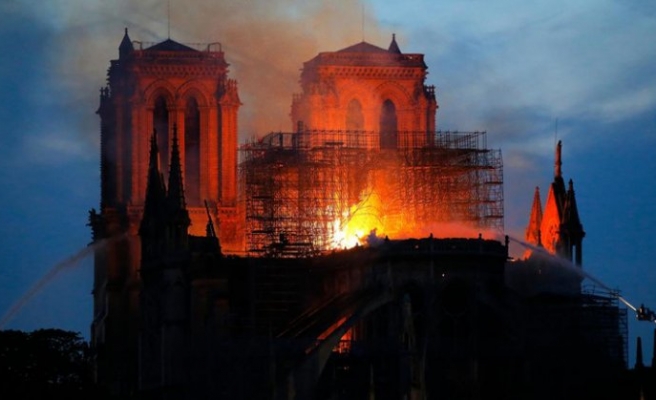 "The fire that spread through Notre-Dame Cathedral, one of the symbols of Paris and the common heritage of humanity, has deeply upset us," Erdogan tweeted in French.

"In my name and in the name of my people, I convey to the French people my wishes for recovery," he added.

Turkey joined the rest of the world in expressing dismay over the massive fire which engulfed the historic church on Monday.

"The destruction of this masterpiece of architecture is a catastrophe for the entire humanity," Foreign Minister Mevlut Cavusoglu tweeted.

"It is with very heavy hearts that we received the devastating news about the fire in Paris, France. The Notre Dame Cathedral is not just a symbol of France but part of humanity’s shared heritage," presidential communications director Fahrettin Altun tweeted.

The cause of the fire is still unknown, however, initial investigation has ruled out arson as a possibility.

One of the most important touristic spots of Paris, Notre Dame -- which means 'Our Lady' -- dates back to the 14th century.