First buses of refugees arrive in Slovenia from Croatia

Six buses, with 150 refugees have arrived in Slovenia having been diverted by Croatia. 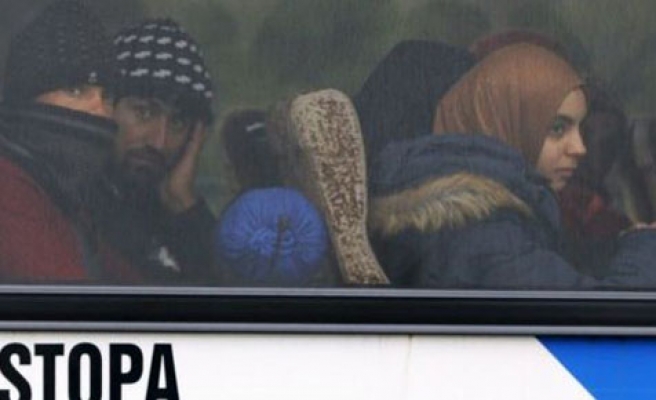 Slovenia received Saturday the first buses transporting refugees from Croatia, which diverted the human flow after Hungary sealed its border and cut off a main transit route for tens of thousands trying to reach northern Europe.

An AFP correspondent at the Petisovci border checkpoint said he had seen six buses cross into Slovenia. Three continued on to a registration centre, according to police, while the remaining passengers got off at Petisovci to be registered there.

In preparation for the refugees' arrival, a large white tent was erected at the crossing, where Slovenian authorities carry out identity checks, before taking the refugees to a refugee camp on the northern border with Austria.

A majority of the 150 refugees at Petisovci were young men, the correspondent said, adding that there was no armed police presence and the atmosphere appeared calm and joyful.

The refugees were picked up at the Opatovac refugee centre near Croatia's border with Serbia around 0000 GMT and driven to Slovenia, a Croatian police spokeswoman told AFP.

Hungary closed its border with Croatia to refugees early Saturday in a bid to block the path of streams of refugees, a month after it sealed its frontier with non-EU neighbour Serbia -- until then the main entry point into the EU for refugees fleeing conflict and poverty in the Middle East, Asia and Africa.

But Croatian Foreign Minister Vesna Pusic said Friday that if Slovenia and Germany closed their borders, Croatia would be forced to do the same."

"Slovenia will not close its border unless Germany closes its border, in that case Croatia will have to do the same... There is no alternative," she told HRT state-run television.

Most refugees are trying to get to Germany, Europe's economic powerhouse, which has said it expects up to one million asylum seekers this year.

The refugee crisis, the worst of its kind since World War II, has opened up rifts in the European Union and put unprecedented strain on the right to freedom of movement that is at the core of the bloc's values.