In total, four women and eight men arrived safely to Madrid -- eleven from Eritrea and one from Syria 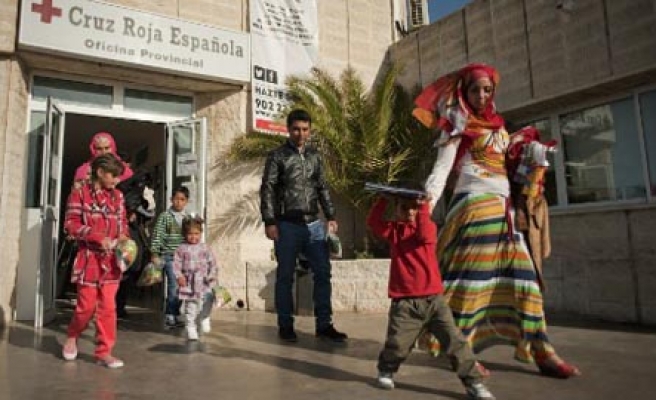 The first group of refugees to be welcomed to Spain as part of the European agreement for the relocation of asylum seekers, arrived Sunday night to Madrid’s airport on a flight from Lampedusa, Italy.

In total, four women and eight men arrived safely to Madrid -- eleven from Eritrea and one from Syria.

Although Spain has taken in other refugees, notably Osama Abdul Mohsen, who made headlines when he was tripped by a Hungarian camerawoman while holding his son, this first group associated with the "pilot experience" of the European agreement.

Spain is now the fifth European country to participate in the relocation process agreed upon by the European Union.

In early September the government announced it would accept 14,931 asylum seekers in total. This number makes Spain the third country, after Germany and France, to accept the most refugees -- 12.5 percent of the 160,000 expected to be resettled.

By the end of this year, Spain plans on resettling 854 refugees as part of the agreement.

A statement from the Interior Minister Jorge Fernández Díaz said that after their arrival, various non-profit organizations will collaborate to help the men and women who were forced to flee their homes.

"They will take care of their basic needs like healthcare, food, education and the integration into our country. This is to say, with learning the language and integrating into the labour markets, in accordance with the directives indicated by the European Union," said the statement.

Three Eritreans will be going to the Basque Country, a region that is willing to accept around 1,000 refugees.

"All agencies have made an effort, without turning this into a political issue -- thinking simply about the people," said Jose Luis Madrazo, director of family policy of the Basque government, Sunday.

Madrazo noted that he was surprised that things were moving so slowly.

"It’s odd that only three people can come," he added.

Seven more Eritrean refugees were expected to be on the flight to Spain but refused to board the plane. El Pais, a leading Spanish daily, reported that they insisted on going to Germany instead.