Six families, who were due to fly out from Athens airport, are the first to be relocated from Greece under a plan laid out by Brussels 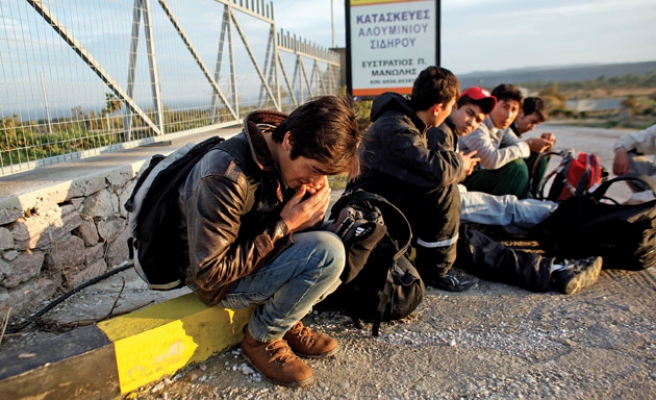 The first refugees were leaving Greece on Wednesday under a relocation plan to ease pressure on countries bearing the brunt of Europe's refugee crisis, with 30 Syrians and Iraqis heading to start new lives in Luxembourg.

The six families, who were due to fly out from Athens airport at 0630 GMT, are the first to be relocated from Greece under a plan laid out by Brussels -- fiercely opposed by some EU members -- to share out nearly 160,000 refugees across the bloc.

The families appeared very happy to be leaving, smiling widely as they stood on the tarmac at the airport, where Greek Prime Minister Alexis Tsipras and Luxembourg's Foreign Minister Jean Asselborn were there to greet them.

The EU's migration commissioner Dimitris Avramopoulos and European Parliament chief Martin Schulz were also there to see them off.

Tsipras said the families, who were chosen because they are considered vulnerable, were making "a trip to hope", but warned that they are merely "a drop in the ocean" compared to the hundreds of thousands who have arrived on European shores this year.

"Today they have the opportunity to make a trip to hope, to a better life," said Tsipras, speaking in a room at the airport.

"It's a drop in the ocean, but we hope the drop will become a stream and then a river of humanity."

At least 80 refugees, including many children, have died in the last week while trying to sail from Turkey to Lesbos and other Greek islands in rough weather.

On Tuesday, four more refugees, including two children, drowned after their boat got into difficulty off Lesbos.

He added that the registration and relocation process must begin in Turkey, from where some 200,000 refugees set sail for Greece in October alone, according to the UN refugee agency.

Avramopoulos welcomed the departure of the first refugees from Greece under the relocation scheme, but warned that the EU was going to get tough on economic refugees who are simply seeking a better life rather than fleeing conflict.

He added that he is set to visit Pakistan soon to discuss plans to send back Pakistani refugees who have made their way to Europe.

A Greek asylum service official said the group leaving Athens on Wednesday comprised two Iraqi and four Syrian families, with a total of 16 children. One of the women is pregnant and two of the children are disabled.

Upon arrival in Luxembourg, the families will spend two days in a registration centre and then two or three months in homes. The welfare service will then help them to find permanent accommodation, schools and jobs.

A total of 87 Eritreans and Syrians left Italy under the relocation scheme last month, bound for Sweden and Finland.