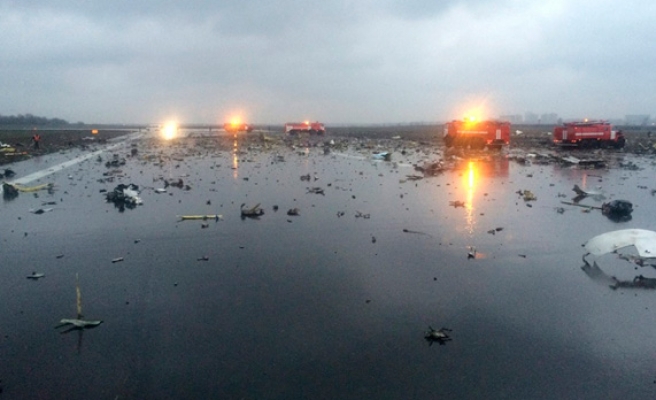 Flydubai played down the possibility that terrorism caused the crash of one of its airliners in Russia Saturday, killing all 62 people on board.

The Dubai-based airline's chief executive Ghaith al-Ghaith described such a suggestion as "speculation".

He told a news conference in Dubai that the Cypriot pilot and Spanish co-pilot each had nearly 6,000 hours of flying experience.

The five other crew members were from Spain, Russia, the Seychelles, Colombia and Kyrgyzstan, he said.

"The aircraft was checked on January 21," Ghaith added.

The Boeing 737, which came from Dubai, was making its second attempt to land when it missed the runway in the southern Russian city of Rostov-on-Don, erupting in a fireball.