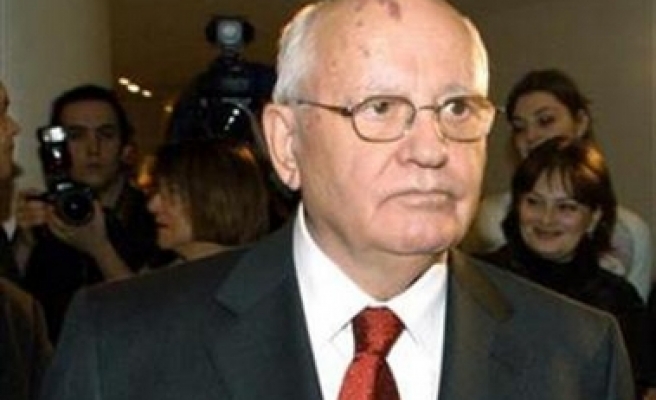 "The more pressure there is on Putin from abroad, the more people actually supporting him. That is how people always act in Russia," he said in Berlin, at the end of a two-day panel organized by the New Policy Forum, a Luxembourg-based think-tank founded by Gorbachev in 2010.

Gorbachev said he has also been critical of Putin on a number of policy issues, but the criticisms from Western countries have not been constructive.

"Now it is not time for mutual accusations. We have to understand each other. Let us work together to rebuild trust. This is our number one task," he stressed.

His reform policies of glasnost (openness) and perestroika (restructuring) in the late 80s contributed to change, and led to the dissolution of the Soviet Union in 1991, marking the end of the Cold War.

Gorbachev renewed his criticism of Western countries for unilateral policies after the end of the Cold War and said that was the main reason for the current problems in relations between the West and Russia.

"When we ended the Cold War, we had assurances that we would continue along that track. We had achieved a lot but many opportunities have been wasted in the past years. The main casualty is that trust is collapsed in our relations," Gorbachev said.

Gorbachev also renewed his proposal of a "Common European Home" to promote cooperation in Europe, and stressed that a new working group within the New Policy Forum will talk with civil society and media representatives to gain support for this proposal.