Brown says the cost of separation would include 1 billion pounds ($1.7 billion) for a new pensions and benefits system. 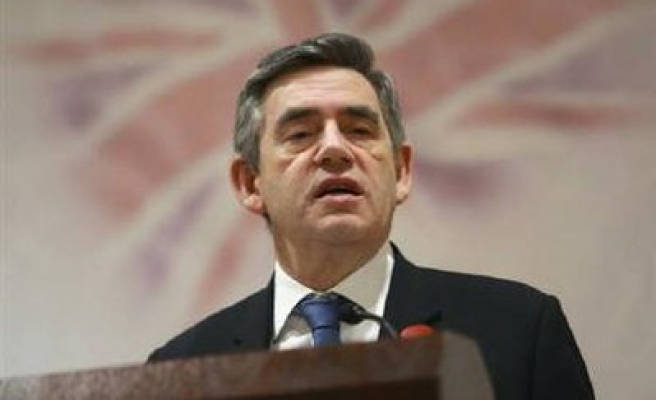 Former British Prime Minister Gordon Brown will warn Scots on Tuesday of a pensions "time bomb" in their ageing population as he joins a fight to dissuade them from voting to leave the United Kingdom.

Brown, a Scot, is making his first speech in support of the cross-party Better Together campaign, warning Scots of a possible deficit in pension funds if they opt out of the 307-year old union in a Sept. 18 referendum.

Polls show the campaign against independence still in the lead but the Yes campaign has sustained a rally in support that it won last year, narrowing the gap significantly.

Brown, a former Labour leader, has kept a low profile since losing the 2010 general election and after being ranked as one of the most unpopular prime ministers of modern times.

But he has respect in Scotland, where Labour was the major party until beaten by the Scottish National Party (SNP) in 2007.

He will use new figures to argue pensioners will benefit from being in a UK-wide scheme.

"The bills for pensions mount because of a pensioners' time-bomb as Scottish pensioner numbers rise by 300,000 even as Scotland's working age population grows more slowly than that of the UK," he will say, estimating the number of Scottish pensioners will rise to 1.3 million.

"Pensioners are better protected when the risks are spread across the UK and it is also clear that in the year the SNP want independence, the Scots pension bill alone is three times the income from oil revenues," he will tell an audience at Glasgow University, according to extracts released in advance.

The SNP, whose popularity has surged in the past decade under the leadership of Alex Salmond, says independence would let Scotland make better use of its oil wealth rather than having often unpopular policies imposed by lawmakers in London.

The increasingly bitter debate about Scottish independence has already ranged over use of Britain's pound currency, the impact on businesses, defence, and European Union membership.

Brown says the cost of separation would include 1 billion pounds ($1.7 billion) for a new pensions and benefits system.

But the SNP accused Brown of repeating "economically illiterate" claims made by the UK's ruling Conservative/Liberal Democrat coalition a year ago, tapping into voter dislike of the Conservatives in Scotland.

"He has finally ended the charade and joined his Labour colleagues in the Tory No campaign," said Eilidh Whiteford, SNP's works and pensions spokeswoman.

Last month, Brown said he intended to play a major role ahead of the September vote, but this is his first foray.

He has acknowledged most of Scotland's 5.3 million population want change although not necessarily to leave the UK, saying many would prefer more powers to be given to Scotland's devolved parliament that was set up in 1999.

His intervention follows reports of behind-the-scenes disagreements between political parties on the No side over their slide in the polls.

An ICM poll on Sunday showed support for independence steady from a month ago at 39 percent while opposition fell four points to 42 percent, with 19 percent undecided.

The Better Together campaign, led by former Labour British finance minister Alistair Darling who reportedly fell out with Brown during his latter years in power, has been accused of being too negative.

Better Together this week will launch a new "No thanks" advertising blitz and Labour leader Ed Miliband will lead a visit by his top team to Scotland later in the week.

"I doubt bringing a veteran politician into the arena is going to help much as what is needed is someone on the ground, engaged in day-to-day in politics who can offer an alternative and not just negativity," Michael Keating, professor of Scottish politics at Aberdeen University, told Reuters.

"But this campaign has been going on for so long and with all the issues out that I think both sides don't really know what to do now."