Sanader, who steered Croatia into NATO and to the doorstep of the European Union in the 2000s, was sentenced to two and half years in prison for accepting nearly 500,000 euros ($558,500) in bribes from Austria's Hypo Group Alpe Adria bank. 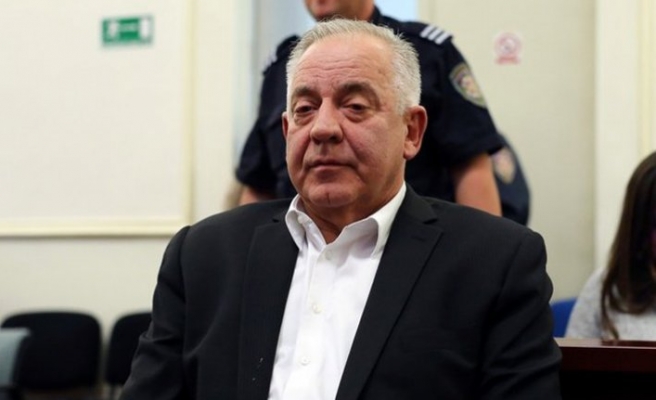 Croatia's former premier Ivo Sanader was convicted on Monday of war profiteering, in a re-trial that found him guilty of taking a bribe from an Austrian bank during the country's 1990s conflict.

But the former prime minister, who can appeal the verdict, will not have to go jail as he already served time in a previous sentence and detention period.

The Zagreb court said Sanader, 65, accepted the bribes as deputy foreign minister in the mid-1990s, during the country's independence war and the bloody breakup of former Yugoslavia.

The cash came in the form of a five percent commission Sanader collected on the bank loan that was used to pay for Croatian embassies abroad, the court said.

"He abused his position and authorities ... to earn himself significant illegal gains," said judge Jasna Galesic.

He was sentenced to two years and six months in jail for "abuse of power and... war profiteering," she added.

Sanader will also have to pay the state back for the amount he took in bribes, the judge said.

Sanader was first sentenced to 10 years in jail in 2012 for taking bribes from the bank as well as pocketing millions of euros from Hungary's energy giant MOL.

But the sentence was later cut to eight-and-half years before the country's top court quashed it in 2014, saying Sanader's right to a fair trial had been violated.

A retrial was ordered and the two cases were separated.

Sanader, who led the government from 2003-2009 and faces several other graft cases, pleaded not guilty when the retrial opened in March.

In a separate trial on Monday, the Zagreb court acquitted him on abuse of power charges over the sale of electricity from the state-run power firm HEP to two local companies at below-market prices.

Sanader is the highest Croatian official to be charged with corruption since the country proclaimed independence from the former Yugoslavia in 1991.

Tackling graft was key for Croatia's successful bid to join the EU in 2013.