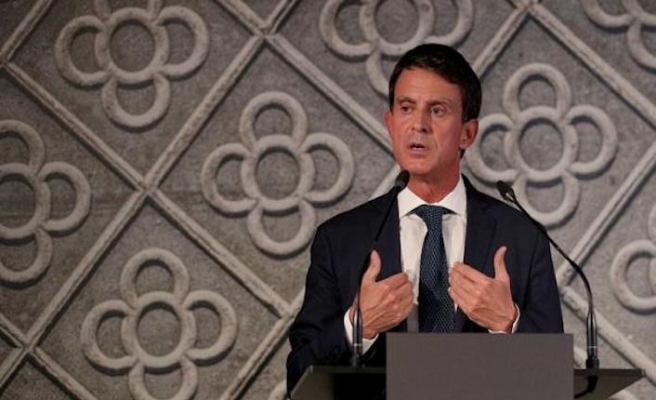 "I want to be the mayor of a new Barcelona, for everyone," Valls told a press conference in Spain's second-largest city, saying he could be "the antidote to populism."

The Barcelona-born politician, who has dual nationality through his Catalan father, said he would be running as an independent though with the backing of the conservative party Ciudadanos, the leading pro-union force in the autonomous community.

"The independence movement projects the idea of Barcelona as the capital of an imaginary 'Catalan republic'," said the 56-year-old politician.

"Barcelona is not that and does not want to be."

He added: "Barcelona deserves to be governed for its own benefit and not by those thinking about other projects that have nothing to do with the city’s calling."

Valls said next week he would resign his duties in France, where he represents a constituency in Essone, describing his move to Barcelona as "an act of faith" in a city that had always held a treasured place in his family life.

Last October the Catalan regional Parliament passed an independence resolution, setting itself up for a showdown with the national government, ending up with a number of separatist leaders becoming fugitives in exile.