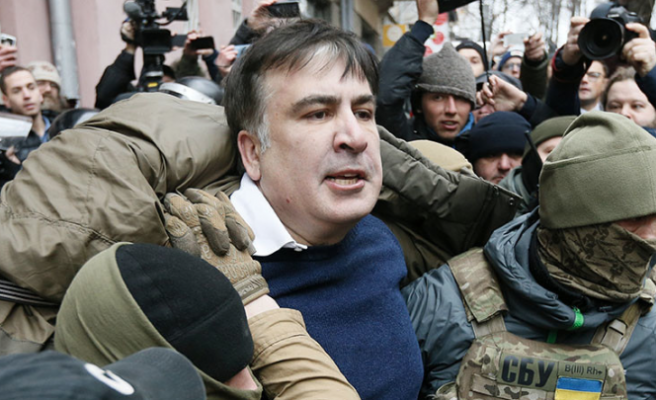 Former Georgian President Mikheil Saakashvili was detained on Tuesday in the Ukrainian capital Kiev, according to police sources.

Saakashvili is said to have threatened to jump off a building in Kiev as the police reportedly wanted to search his apartment.

Head of the opposition Movement of New Forces Party in Ukraine, Saakashvili urged his supporters to rally in Kiev's main square to demand the passing of a law on presidential impeachment in order to be able to remove President Petro Poroshenko from office.

In September, Saakashvili entered Ukraine through the Polish border with the help of his supporters after Poroshenko stripped him of his Ukrainian citizenship while he was in the U.S., thus rendering him stateless.

Saakashvili had also been stripped of Georgian citizenship in 2015 after he received his Ukrainian passport. He had been appointed by Poroshenko as the governor of the Odessa region in 2015.

He resigned in 2016 and formed the opposition Movement of New Forces Party.

The two men had a fallout after Saakashvili accused Poroshenko of corruption.