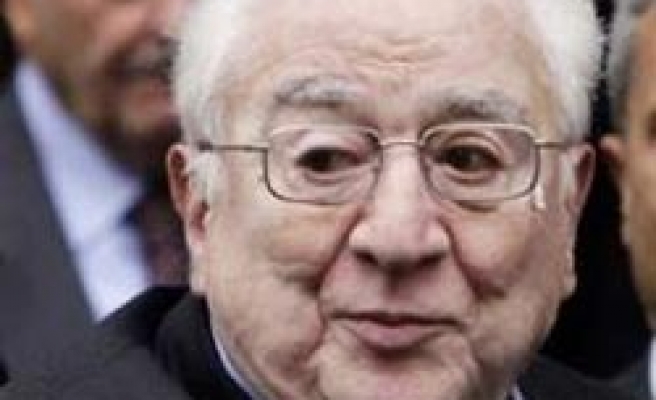 Cossiga, a senator for life in Italy, had been hospitalised in intensive care in Rome for several days suffering from respiratory problems. He died after his condition sharply worsened overnight, a hospital spokesman said.

A leading figure in the Christian Democrat party that ruled Italy for most of the post-war period before collapsing in disgrace in the Bribesville scandal of the early 1990s, Cossiga was a shrewd politician known for his outspoken comments.

He was interior minister when the Red Brigades kidnapped and then killed the leader of the Christian Democrats, Aldo Moro, in 1978, and resigned when the body of Moro was found.

A Sardinian who spoke with a thick accent, Cossiga was Italy's youngest head of state, serving as president -- a largely institutional role -- from 1985 to 1992.