Leonid Kravchuk warned that Ukraine was on the brink of a civil war after pro-EU demonstrators and opposition groups were involved in deadly clashes with security forces this week, occupying a number of government buildings. 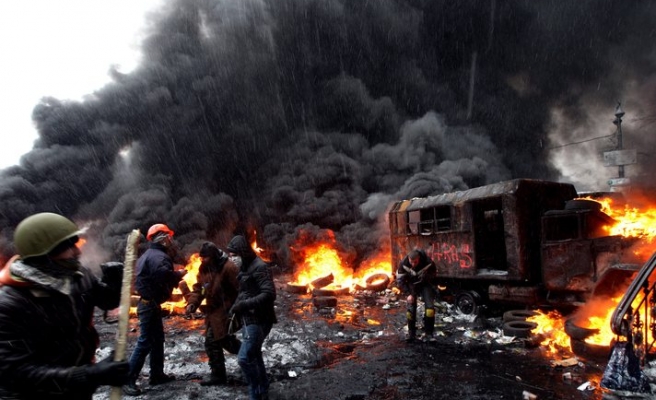 Ukraine’s former president Leonid Kravchuk, who was in charge of the country between 1991 and 1994, warned that the country was on the brink of a civil war.

Ukraine has been in a state of chaos since November when the Ukrainian government rejected a planned trade deal with the EU, instead taking a $15bn (£9bn) bailout from Russia.

Pro-EU demonstrators and opposition groups have been involved in deadly clashes with security forces this week, occupying a number of government buildings.

Although the Prime Minister Mykola Azarov stepped down yesterday, the opposition has vowed to remain on the streets until President Viktor Yanukovych follows suit.

"It is a revolution. It is a dramatic situation in which we must act with the greatest responsibility," warned the former president.

While the US and Germany expressed their support for the protests, Russia's President Vladimir Putin said he considered their comments to be foreign "interference" in Ukraine.

"I can only imagine how our European partners would respond if in the heat of a crisis in a country like Greece or Cyprus, our foreign minister would appear at one of their anti-European rallies and begin addressing them," Putin said at the end of an EU-Russia summit in Brussels.