The arrests, which included Bastien Millot, the former chief executive of the Bygmalion company, come a week after Sarkozy announced he would run for the presidency of the opposition UMP 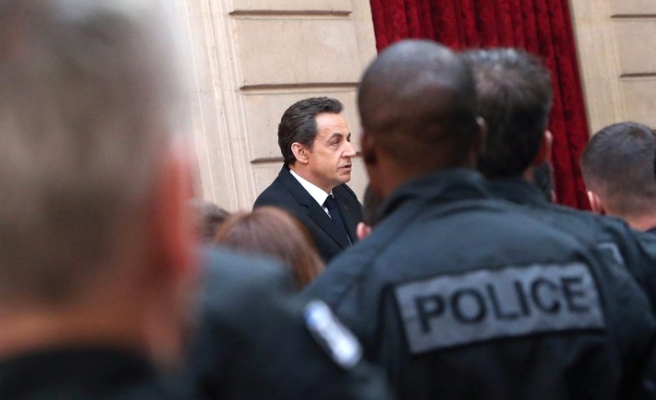 Four people were arrested and placed in custody on Monday as part of a fraud investigation into an events firm employed by France's conservative UMP party during Nicolas Sarkozy's 2012 election campaign, police and legal sources said.

The arrests, which included Bastien Millot, the former chief executive of the Bygmalion company, come a week after Sarkozy announced he would run for the presidency of the opposition UMP in a widely flagged come-back bid.

Sarkozy has stated he was not aware of any wrongdoing but some UMP members fear that this and other legal cases in which he is targeted make him too much of a political liability for him to be the party's presidential candidate in 2017.

The investigation is looking into allegations that Bygmalion was ordered by party officials to produce millions of euros' worth of fake invoices to cover up campaign cost over-runs. French law limits how much candidates can spend campaigning.

The former deputy director of Sarkozy's campaign, Jerome Lavrilleux, said in June four UMP members besides himself - not including Sarkozy - had agreed to use false accounting to cover rising campaign expenses that had surpassed a legal limit.

Investigative website Mediapart has reported that the fake invoices totalled 17 million euros ($23 million), more even than the 11 million which Bygmalion has acknowledged.

Sarkozy is the clear favourite to win the contest to head the party scheduled for Nov. 29. But he is widely detested on the left and polls show a majority of French do not want him to run for president.

He has declared that one of his aims is to persuade voters of the resurgent National Front to switch allegiance to the UMP. The far-right party won its first ever seats in France's upper house of parliament on Sunday as President Francois Hollande's Socialist party lost its Senate majority.