Prior to this weekend's incidents, at least four deaths have been reported in Liguria since last month due to flooding. 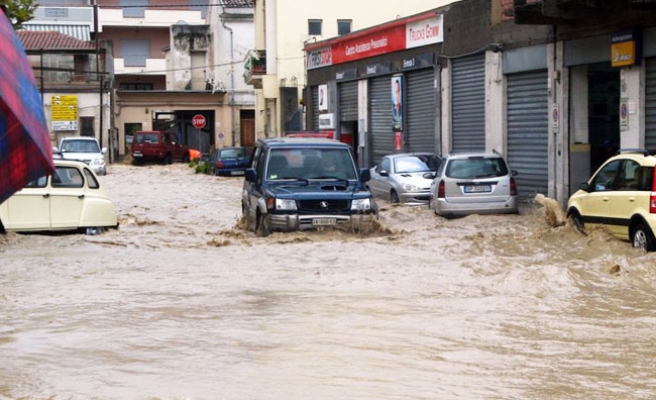 Four people died when mudslides hit their homes in the border area between Italy and Switzerland overnight on Saturday, and a fifth was missing near the Italian port city of Genoa after days of torrential rains and flooding.

Severe storms over the past few weeks have again exposed the fragile state of infrastructure in many parts of Italy, where poor planning and widespread illegal building greatly increase the threat posed by flooding.

Heavy rains for much of the past month have caused chaos in many areas of Italy, flooding city streets and causing hundreds of millions of euros damage, three years after seven people were killed in severe floods in 2011.

Authorities said a 70-year old man and a 16-year-old girl died when their house in Cerro di Laveno, near the border with Switzerland collapsed in a landslide late on Saturday night.

Swiss authorities reported two women died when a mudslide hit a building in Davesco-Soragno, on the Swiss side of the border. A third person, a 44-year-old Italian, was rescued from the building rubble and hospitalized. Checks for further missing persons are continuing, police said.

A 67-year-old man, reported missing in Serra Rocco, a village near Genoa in the northwestern Italian region of Liguria, was still not accounted for on Sunday.

Landslides cut highways in the region, with several rivers bursting their banks, sending tides of muddy waters through the streets of Genoa and nearby towns.

Prior to this weekend's incidents, at least four deaths have been reported in Liguria since last month due to flooding.

The weather had improved on Sunday morning but Italy's Civil Protection authority has sent emergency teams equipped with water pumps and earthmoving equipment to Genoa.

Local farmers' groups in Liguria said flooding and mudslides left farmland too waterlogged to use and destroyed large numbers of greenhouses and storage depots used for the production of flowers and aromatic herbs, a significant local industry.

Agricultural association Coldiretti said the weather had caused millions of euros worth of damage in Liguria and Piemonte in the north as well as the central region of Emilia Romagna.