While Paris has acknowledged mistakes in its dealings with Rwanda, it has repeatedly dismissed accusations it trained militias to take part in the 1994 massacres 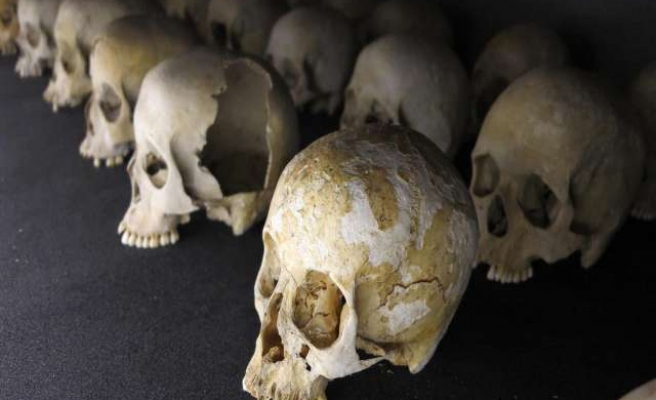 French Prime Minister Manuel Valls said on Tuesday accusations by Rwandan officials that France was complicit in the genocide that killed 800,000 people were "disgraceful", the firmest rebuttal since a row broke out between the countries.

France - an ally of the Rwandan government that ruled before the genocide - did not take part in Monday's 20-year commemoration after rebel-turned-president, Paul Kagame, renewed charges of Paris' "direct role" in the killings at the weekend.

"I cannot accept these disgraceful accusations that suggest France could have been complicit in a genocide in Rwanda when its honour is to always separate fighting factions," Valls said in a speech to parliament presenting his new government's policies.

While Paris has acknowledged mistakes in its dealings with Rwanda, it has repeatedly dismissed accusations it trained militias to take part in the 1994 massacres.

French President Francois Hollande, who had met Kagame in Brussels last week, avoided reference to the row on Monday saying in a statement that Paris stood by Rwandans to honour the memory of the victims.

Speaking to reporters on Tuesday, French Foreign Ministry spokesman Romain Nadal said: "There was a warm meeting between president (Hollande) and Kagame in Brussels which is why we were extremely surprised by these statements.

"France did what was possible to save populations and avoid this genocide. Sadly there was a collective failure of the international community, but at the heart of this, France was exemplary."

Nadal said France hoped to continue its existing cooperation and dialogue with Rwanda, but there had to be "mutual respect", which was not the case with Kagame's comments.

Kagame, a Tutsi who led an army into Kigali in 1994 to halt the genocide, has in the past accused France of training and arming Hutu extremists.

Latterly he had appeared to drop the issue, however, as France acknowledged mistakes and created a genocide investigation unit as the two countries began to rebuild their relationship.

Last month, a Paris court sentenced a former Rwandan soldier to 25 years in jail for his role in the genocide in the first such trial to be held in France.