‘Government showing it is ready for dialogue because tax increase has been dropped from 2019 budget bill,' says PM 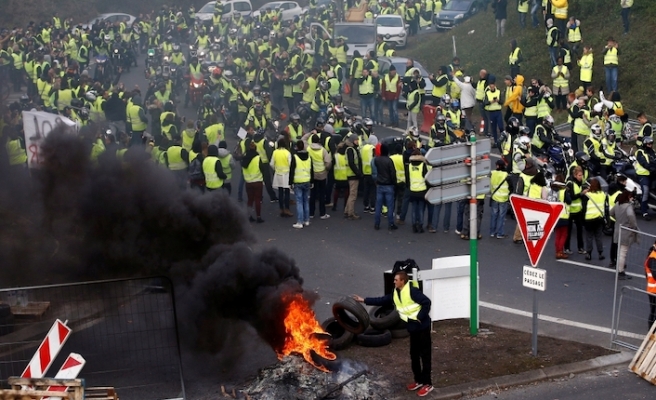 France has abandoned an increase in fuel taxes following weeks of violent demonstrations.

“The government is ready for dialogue and is showing it because this tax increase has been dropped from the 2019 budget bill,” Prime Minister Edouard Philippe said Wednesday in a speech at the National Assembly, or lower house of parliament.

The move follows an announcement by Philippe the previous day that tax hikes would be delayed for six months and that the suspension would also apply to increases in gas and electricity prices.

Thousands of protesters wearing yellow vests have been gathering in major French cities, including Paris, since Nov. 17 to protest President Emmanuel Macron's controversial fuel tax hikes and the deteriorating economic situation in France.

On Saturday, French police cracked down on protesters around the famous Champs-Elysees in Paris with tear gas and water cannons.

Demonstrators set a large number of vehicles and trash cans ablaze and pelted police with stones and bottles.