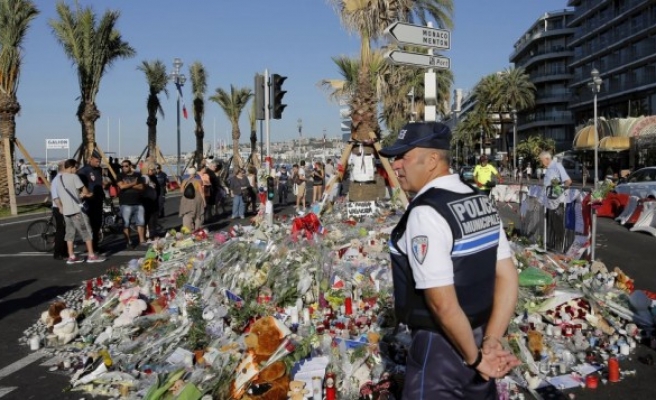 Surrounded by French leaders and officials, a somber President Emmanuel Macron on Monday visited the scene of the Nov. 13, 2015 Paris attacks in remembrance of the atrocity’s 130 victims.

Two years ago, Daesh-linked terrorists went on a rampage, killing and injuring hundreds in coordinated mass shootings and bombings which targeted cafes and restaurants, the Bataclan concert hall and the Stade de France.

To mark the second anniversary of the attacks, Macron and Paris Mayor Anne Hidalgo visited the attack sites -- starting with the Stade de France and ending at the Bataclan music venue -- where a minute’s silence was observed and the names of the victims were read.

Macron also met families of the victims as well as survivors.

Nine of the known attackers and four key accomplices are dead, while eight suspects are in custody in France and several elsewhere, including five in Belgium.

The sole surviving suspect, Belgian-born French national Salah Abdeslam, was arrested in Brussels in March 2016 and extradited to France where he is being held under 24-hour watch in solitary confinement in Europe’s biggest prison at Fleury-Merogis, south of Paris.

Abdeslam, who has remained silent since his arrest and refuses to explain to investigators his role in the attacks, is set to stand trial next month in Belgium for the attempted murder of police officers injured in a shoot-out three days before he was captured in the Brussels district of Molenbeek.

Paris appeals court has yet to decide whether Abdeslam can be temporarily transferred to Brussels to be judged. A date for his trial in France has yet to be set.

Paris chief prosecutor Francois Molins told broadcaster Franceinfo on Friday that in addition to the 13 dead attackers, 15 suspects have been identified in France, Belgium and Turkey.

Molins warned that besides larger groups plotting attack, more are likely to come from isolated individuals using “low-cost” methods such as cars or knives.

In October, French investigating judges estimated the investigation into the Paris attacks could be closed in spring 2019.

France remains on high alert since the attacks and has been the target of several other deadly terror assaults during the last two years, despite a state of emergency which was extended several times.

The state of emergency ended on Nov.1 and was replaced by new anti-terror legislation, widely criticized by rights groups.