'It's a diplomatic tradition and I could tell you about many Legions d'Honneur that have been given,' French foreign minister says 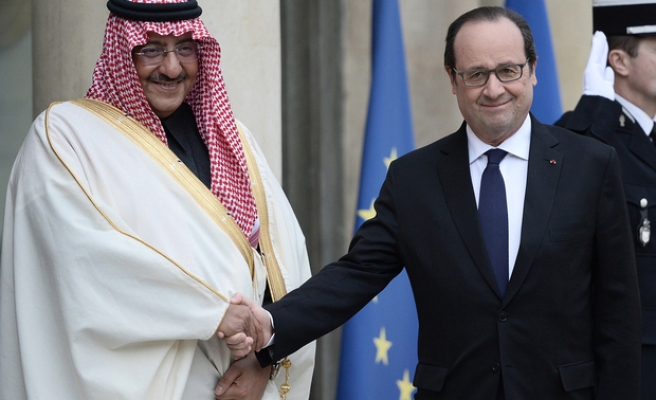 "It's a diplomatic tradition and I could tell you about many Legions d'Honneur that have been given," Jean-Marc Ayrault, the newly appointed foreign minister, told France Inter radio.

There was "nothing grandiose" about the ceremony, said Ayrault, adding that he could understand the negative reactions to the act.

President Francois Hollande awarded the honour to Nayef, who is also Saudi interior minister, during a visit on Friday for his "efforts in the fight against terrorism and extremism".

France did not initially announce the news, which was first revealed by Saudi press agency SPA.

Nayef is widely respected throughout the West for his efforts to combat violent extremism. He led a crackdown on Al-Qaeda which waged a campaign of shootings and bombings against foreigners and Saudi security personnel in the kingdom between 2003 and 2007.

France has sold billions of euros worth of weapons to Riyadh, and sees Saudi Arabia as crucial to intelligence sharing about extremist groups.

But critics point out that Saudi Arabia is seen as one of the world's worst human rights violators, and there was harsh criticism of Nayef's award on social media, particularly over its use of the death penalty, with people using the hashtag "#honte" (#shame) on Twitter.